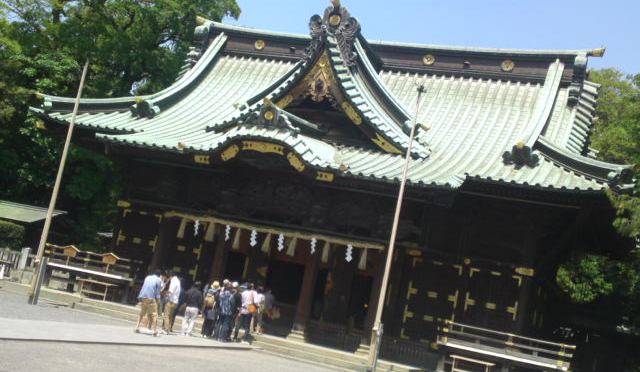 One of the venerated trees inside Mishima Tasiha!

Mishima Taisha/Mishima Great Shrine in the City of Mishima is one oone of the 3~4 biggest and most important Shinto shrines in Shizuoka Prefecture and it is simply too vast and comprising too many other shrines to be described i a single article.
This the first of a series of reports as I plan to visit Mishima City many times again in the near future and take the opportunities to discover other aspects and sights!

The main portal with its enormous “shimenawa/rice straw garland”!

The big mouth-shut “komainu or shishi/lion guard” past the main entrance!

And its companion with its mouth open!

One of the main small shrines find in the precincts, this particular one called “Shima Jinja” at the end of a small bridge crossing one of the many ponds!

The “haiden hall” for the public and worshippers!

One of the big “baku/nightmare eaters”!

See you again there very soon!