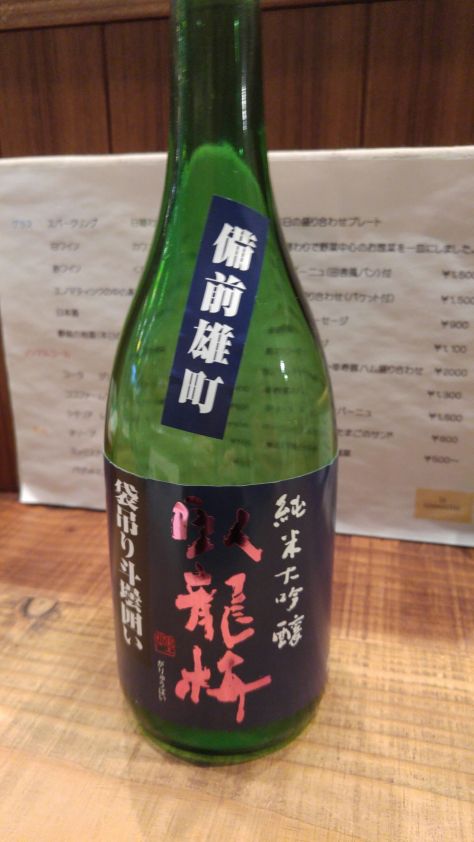 This time we tasted one by one of Hiromi’s favorite breweries, namely, Sanwa Brewery in Shimizu Ku, Shizuoka City, which has the particularity to come up with long names for its brews!

The picture above states that the rice used is Bizen Ohmachi from Toyama Prefecture! 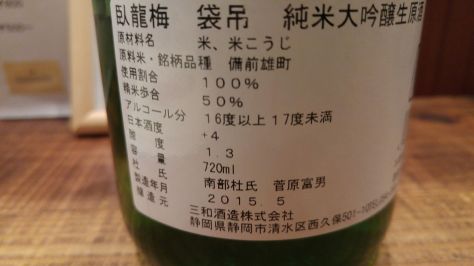 Overall: Extremely elegant sweetish sake in spite of its announced + 4 dryness.
Very fruity and complex it will appeal to ladies in particular.
Probably best enjoyed at room temperature on its own or as a digestif.
Suggested pairings: foie gras, blue cheese, smoked cheese.
Extravagant!