Kinomiya Shrine/木宮神社 i Atami City is a bit of a long but pleasant walk from the JR station, but it is certainly worthwhile the effort as it includes a first in the whole of Japan! 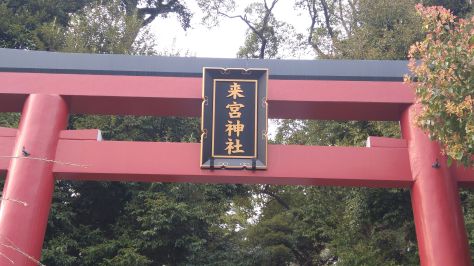 The torii/sacred entrance is actually the entrance to a main and many small shrines due to the size and the age of the site! 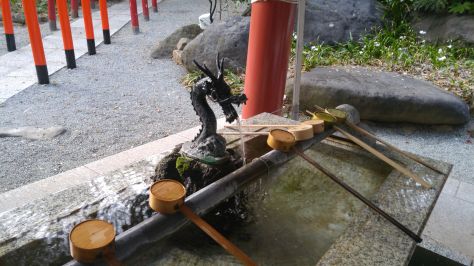 The first hand-washing stone basin with its dragon water spout! 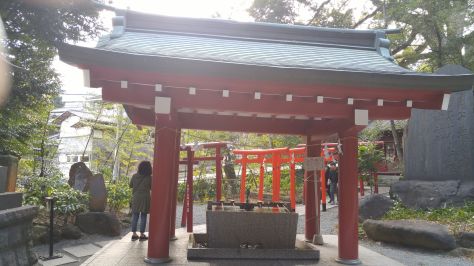 It is actually a roofed basin leading to the first shrine on the left just past the main entrance!

Walk under a series of torii donated by local worshipers!

The lead to a small shrine dedicated to Inari, the Goddess of Agriculture1 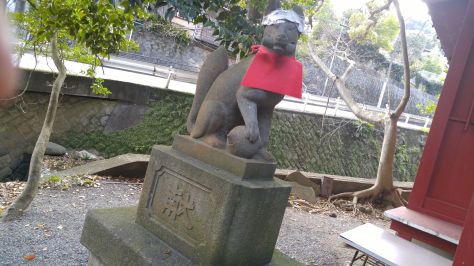 Inari shrine are easily identifiable for their fox guardians! 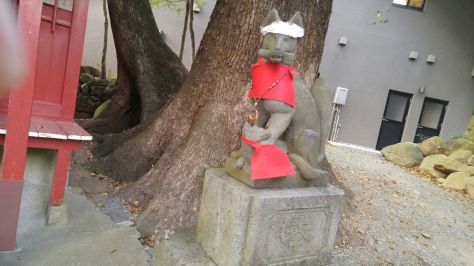 These two foxes are quite ancient and unusual in the fact that they copy some lion guardians with a paw either resting n a sphere or a younger animal!

The shrine with its rice straw garland and money offerings box! 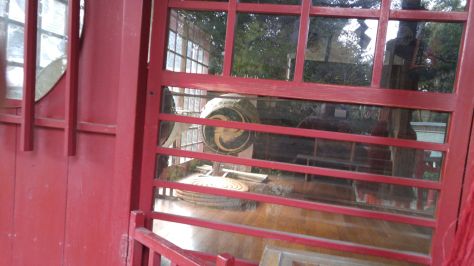 You can see the drum and other festival paraphernalia locked onside!

Proceeding to the main shrine! 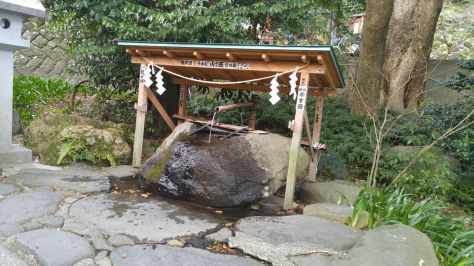 Imposing closed-maw lion guard wit a paw resting on the back of a lion cub!

Its open-maw companion with a paw resting on a sphere!! 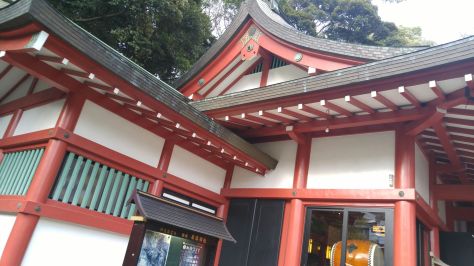 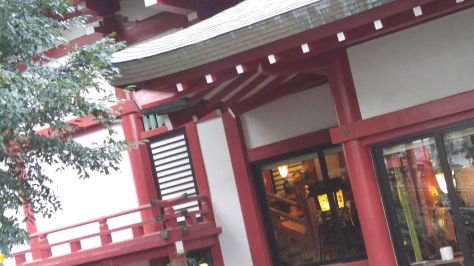 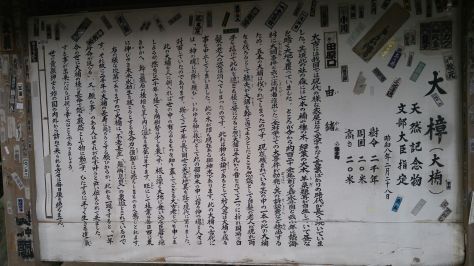 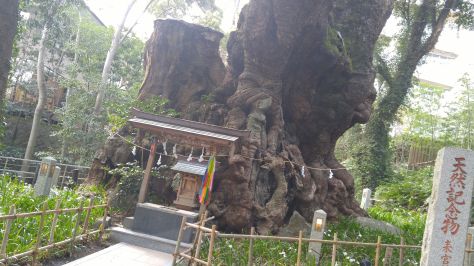 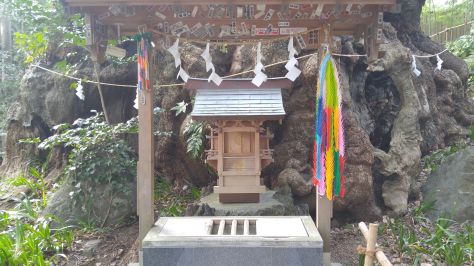 It has its own shrine/altar! 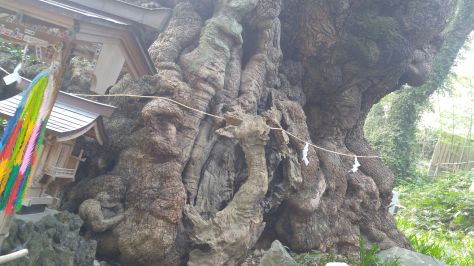 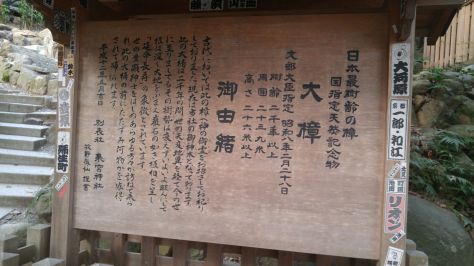 The oldest Camphor tree in Japan!
No less than 2,000 years of age!
Incidentally “camphor tree” is “Kusu no ki/楠” in Japanese!
As for this particular tree Japan has given it the titlle of “Oo kusu/大楠/Great Camphor Tree”!
Actually tis “cavity” is venerated as a symbol of fertility! 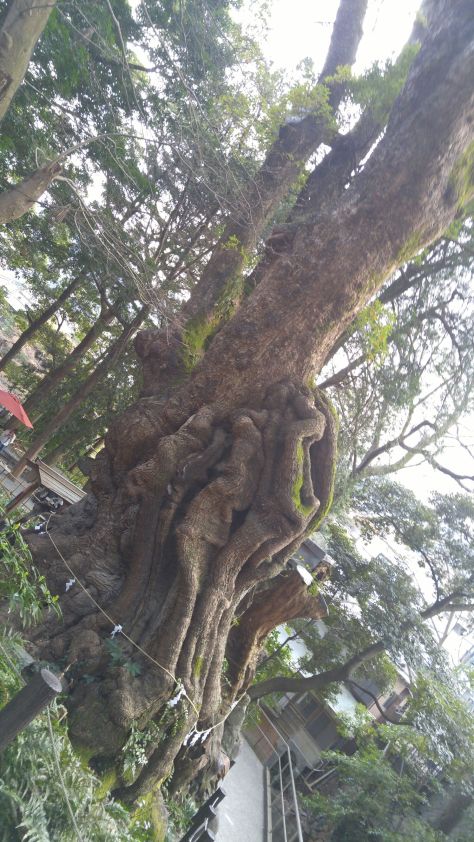 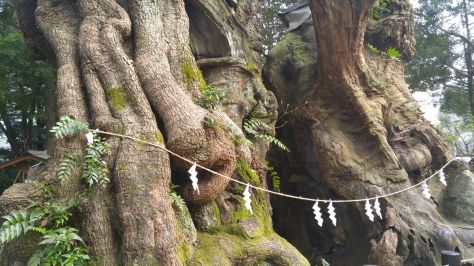 A fully grown man can stand inside the cavity!

Water running down from nearby mountains!

How people could join hands around it?

Take your time as there is still plenty more to discover!

Walking away from the camphor tree you will its lion guardians! 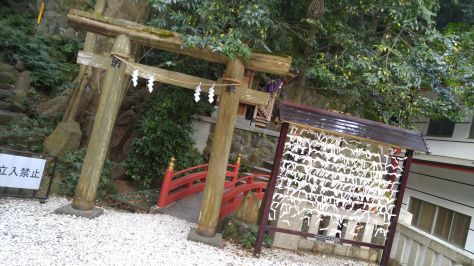 The torii leading to a smaller but far older shrine! 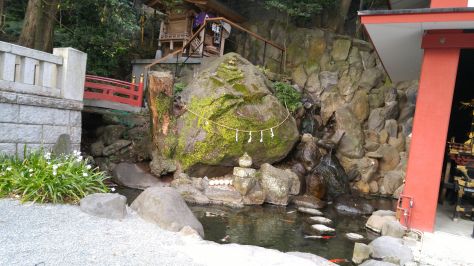 Even a pond with Japanese carps!

Its name is “Gohouren/御鳳/”Great Phoenix”!
It is carried into the nearby sea every year on the 16th of July!

Check this Japanese Gohouren Website for some great pictures! 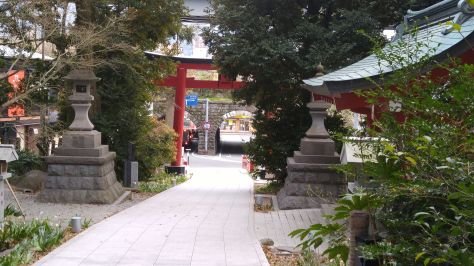