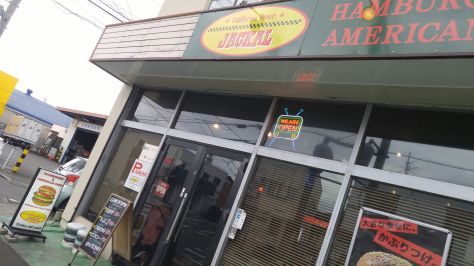 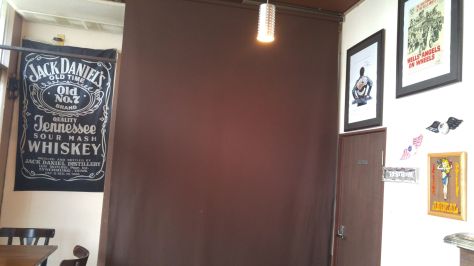 This was my first visit because it had been recommended by an American friend of mine (from Mid West, not California! LOL). For me it was on he other side of town but I bravely rode my bicycle and reached the place 20 minutes later. It is a bit away from the hubbub of Shizuoka City but it has a car park and it is busy for both lunch and dinner!

The lay out is simple with a counter bar and tables and seats but comfortable enough.

I went there for lunch but night owls will be happy to learn that there a good enough variety of drinks from American craft beers to very powerful spirits ! 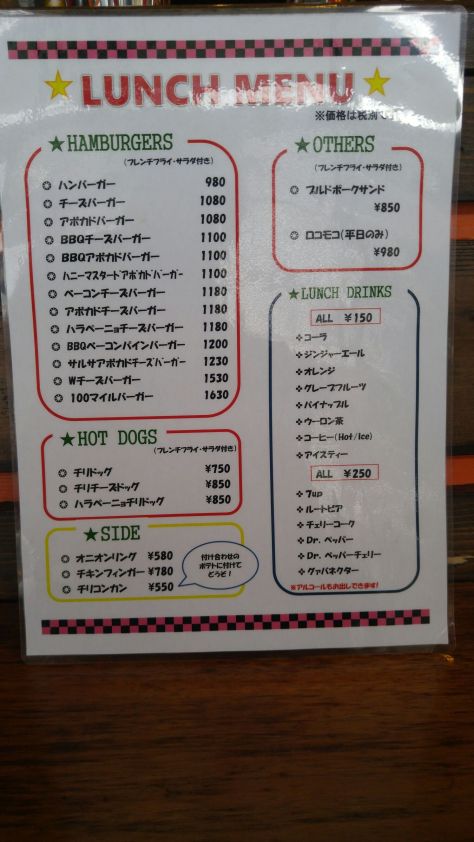 The lunch menu! Only in Japanese but the language is the same! I am pretty sure they manage enough English for explanations! 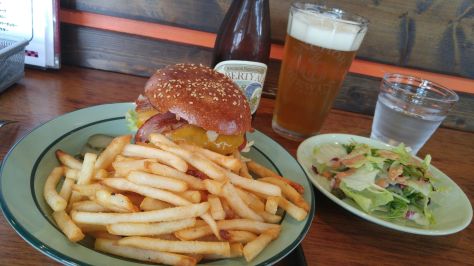 As it was my first visit I kept my order simple: Cheese and bacon hamburger!

With one of my favorite American carft beers: Anchor Brewing! 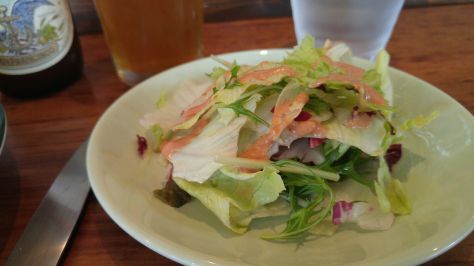 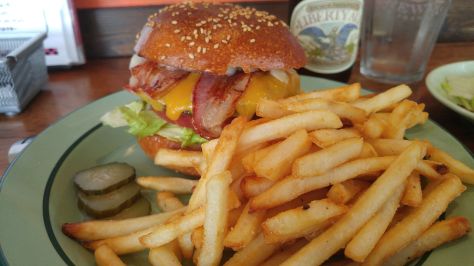 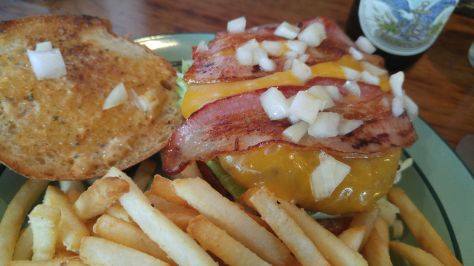 When it comes to eating a hamburger I do not follow “tradition”! I do not insert in a paper wrapping and eat it whole. I just like to to open it and it element by element! 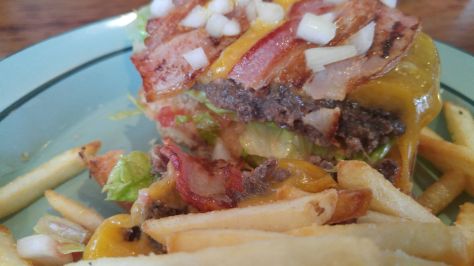 Tasty meat with a good bite as it should be!

Now, there were many other tempting things on the menu! I surely don’t mind cycling again to sample the other tidbits!