SYNOPSIS:
Organic agriculture and biodiversity have in recent years brought about a rediscovery of many “forgotten” vegetables that people especially in Europe and France conscientiously tried to forget as they reminded them of the privations suffered during WWII. The same people had then to make do with untraditional vegetables because potatoes, carrots and so on were confiscated by occupying forces or their own armies.
With sustainibility and bioagriculture made more important by the deficiencies of modern mass agriculture, those “forgotten” vegetables have suddenly come to the fore for the pleasure of all, and that of course of vegetarians and vegans!

This particular series of postings will introduce these vegetables one by one. I hope they will become useful for a long time to come to all my vegan and vegetarian friends!
1) Scorsonere/Oyster Plant
2)Potimarron
3) Vitelotte
4) Rutabaga
5) Cardon
6) Panais/Parsnips

The name “pattypan” derives from “a pan for baking a patty.” 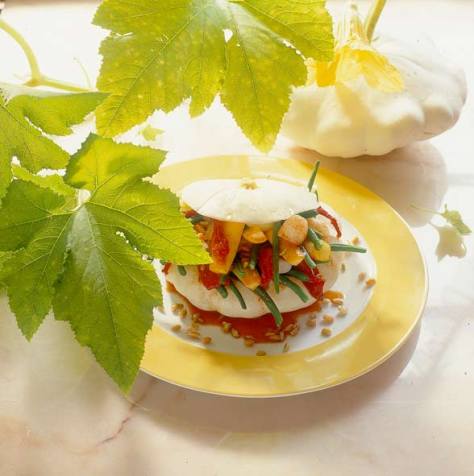 Its French name, “pâtisson,” derives from a Provençal word for a cake made in a scalloped mould. The pattypan squash is also known as cymling, scallop squash, custard marrow, or custard squash. 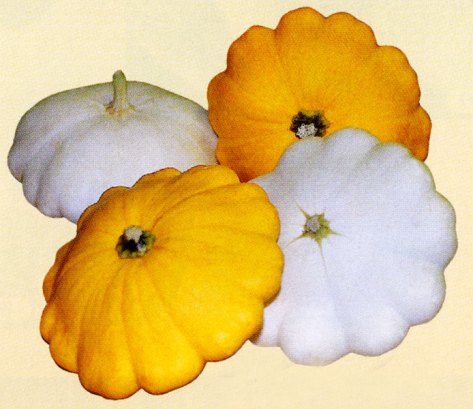 Pattypan comes in yellow, green, and white varieties. The squash is most tender when relatively immature; it is generally served when it is no more than two to three inches in diameter.

In fine cuisine, its tender flesh is sometimes scooped out and mixed with flavorings such as garlic prior to reinsertion; the scooped-out husk of a pattypan also is sometimes used as a decorative container for other foods.

They can be prpared like courgettes/zuchini. Their taste is reminscent of the artichoke.
The smallest are the best!

Pattypan is a good source of magnesium, niacin, and vitamins A and C. One cup contains approximately 20 to 30 calories and no fat. It is often sliced, coated and fried until golden brown.