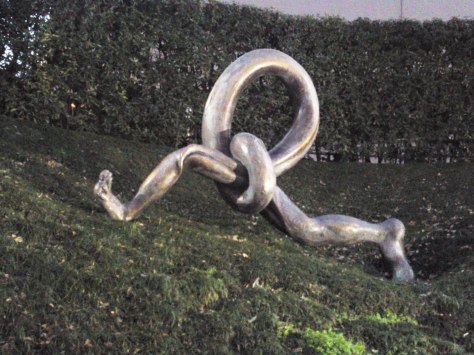 I was walking around the hotel on the last evening spent in Kanazawa City while the Dragon was going through her girlie shopping when I noticed those legs running on grassy slope! 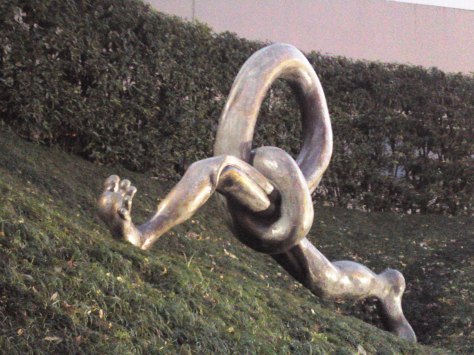 I certainly felt a lot humor and artistry in this artistic creation!
I wnodered if the artist meant speed, escape or plain human running!

Looking at it at the back you can ascertain it is made of a single “loop”!
Very clever!
It must be an inspiration to the local kids!
Who said the Japanese didn’t have a sense of humor?