A great way to eat top-class fresh fish for a ridiculously low price is to visit good fishing harbors in Japan!
Yesterday, in between two interviews held in rice fields in Yaizu City, two friends of mine took me to Kogawa Fishing Harbor/小川港, the real fishing harbor of Yaizu City!

Kogawa Fishing Harbor Canteen/小川港魚河岸食堂 doesn’t look much from outside. It actually very much looks like a big company cafeteria!

You have to look around to convince yourself you are inside a fishing harbor especially at 12:00 a.m. when all the trade of the day has been concluded.

You will feel a bit more convinced when looking at the posters describing the fish being brought to the harbor.
It is also difficult to imagine that you are actually inside one of the major fishing harbors in Japan!
Incidentally, foreign tourists ought to learn that to know this is not Tsukiji in Tokyo with dead fish all around, but a harbor where you can eat fish that was brought in by the boats the very morning! 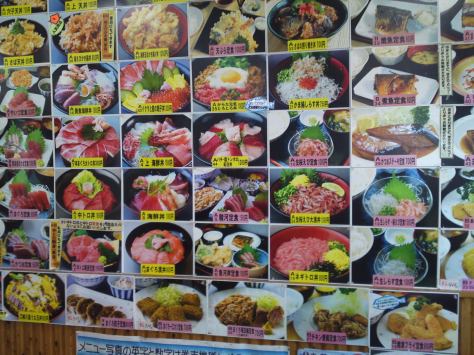 It’s only when you get inside that serious things are really taking shape! 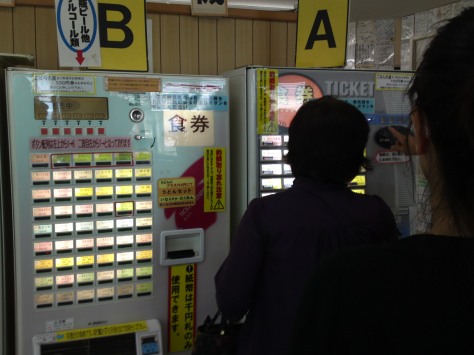 Menus are everywhere to be consulted, so have a good look, choose your order and buy a ticket at the entrance. You might need someone who can read Japanese then!

Inside does look like a canteen, doesn’t it? Old but clean! 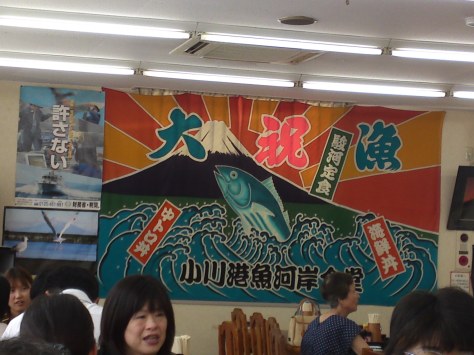 If you still harbored (pun?) any doubts, just look at the big flag to convince yourself!
Can you see Mount Fuji! 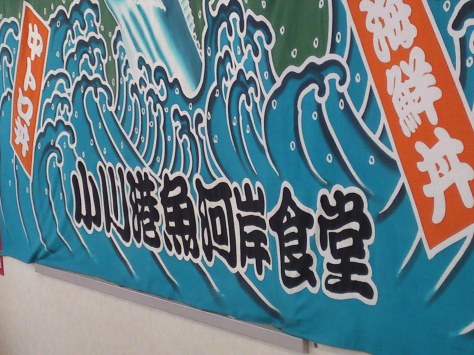 Remember that customers early in the morning are local fishermen whereas at lunch time they are normal consumers! 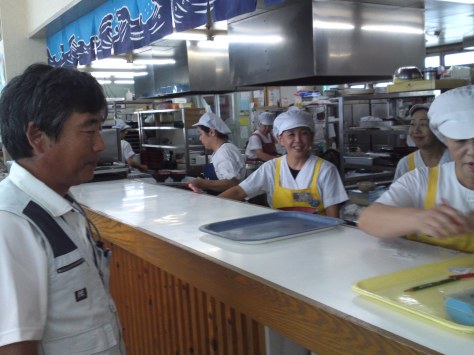 Hand over your ticket and wait for your number to be called!

Meanwhile choose your table where you will find all you need! 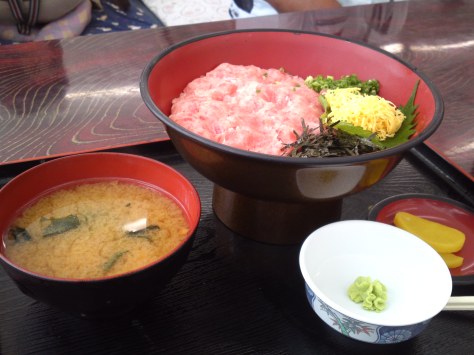 Now, what did the three of us had? 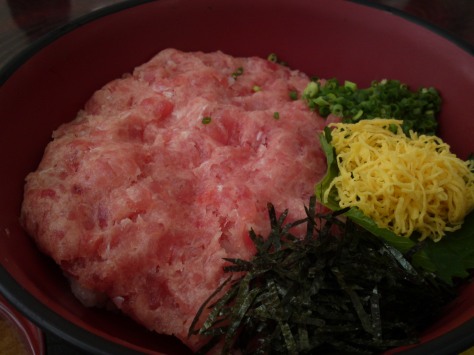 One of my friends chose the Maguro Zuke Donburi Set/鮪漬丼/Marinated Tuna for only 800 yen again and plate of katsuo/鰹/bonito sashimi for the 3 of us to share! 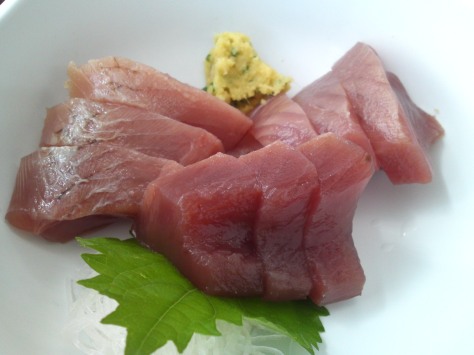 Yaizu City (Kogawa) harbour is the major source of Bonito in Japan!. This plate cost a mere 500 yen! 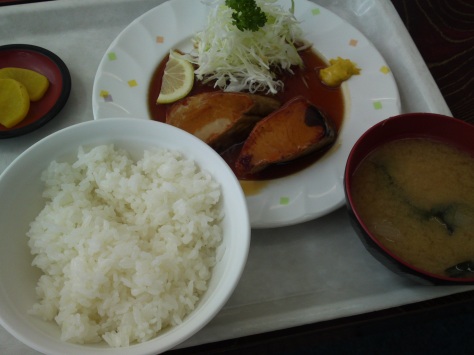 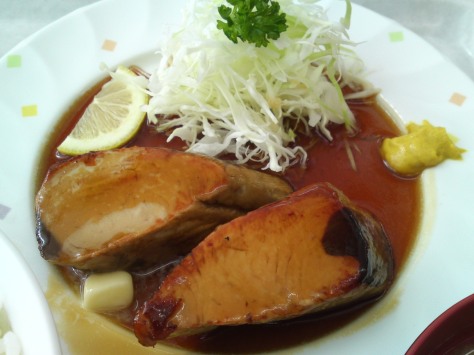 Look at those bonito steaks!

As one of my friends will help me interview the fishermen early in the morning in this particular harbor soon, expect more of the same. In fact this is only the start of a series of reports on Shizuoka fishing harbors!