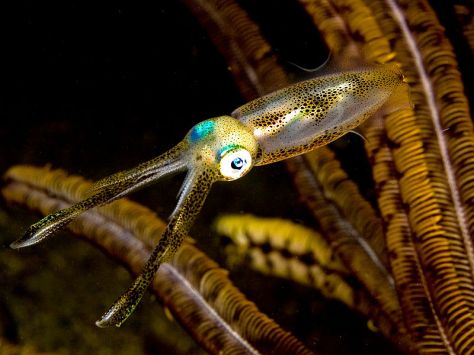 Aori Ika/障泥烏賊, or Bigfin Reef Squid is another extremely popular cuttle fish not only in Jpaan but also in many othere countries.
In French languedoc and Roussillon they call them “piste” and eat them raw marinated in lemon juice, olive oil and spices on top of freshly toasted bread!

Of course they come by various regional names in Japan: Mo Ika, Bashoo Ika, Kutsu Ika, Misu Ika, Shiroi Ika.
They are fairly large as they can attain 40~45 cm length for a weight up to 6 kg.
Their season is from Summer to early Autumn. They are mainly caught in Central and South Japan along the Southern shores.
The catch has never been big (mainly by trawling nets), making them a choice morsel.
They are considered the best cuttlefish as far as sashimi is concerned.
The Japanese often catch them as a hobby to process and sell at local markets. 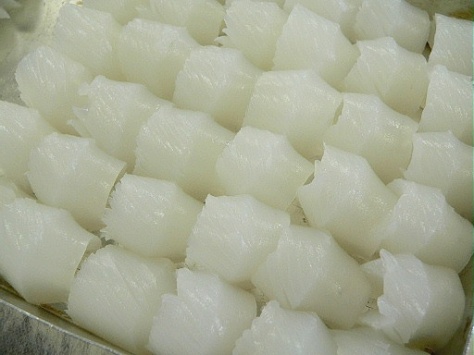 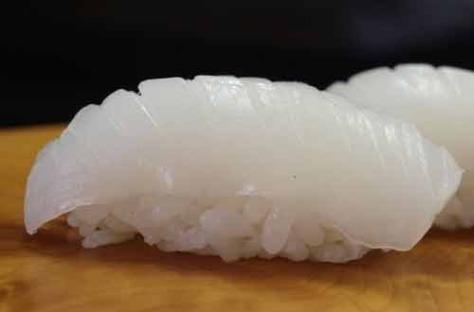 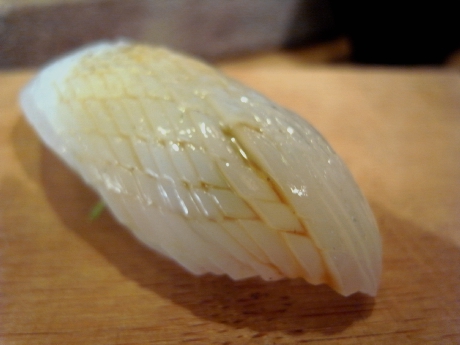 here is another delightful way to serve it as a pre-seasoned sushi nigiri! 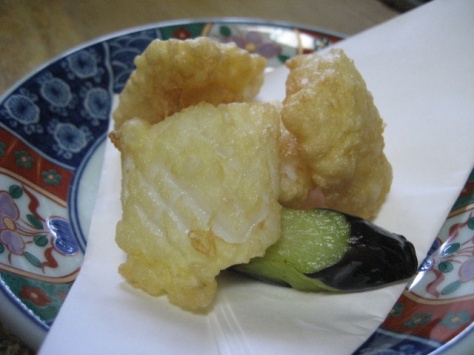 They can be cooked in many ways including tempura! 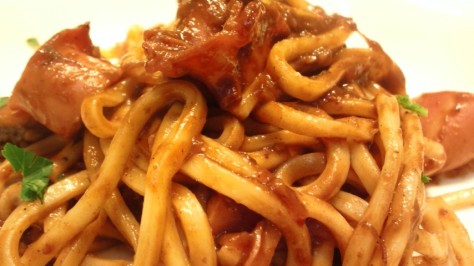