Kawahagi or Thread-sail Filefish (or simply Filefish) is an angler’s favourite in summer, although it is caught almost all year round in Shizuoka.
Like any other fishes, it has other names such as “Gihagi, “Hagi”, “Gyuu”, “Subuta” or “Bakuchiuchi”.
It is fairly common in Central and South Japan.
It is called Leatherjacket down in Australia where it is considered a pest!

The skin should be rough like that of a shark and brightly coloured.
Avoid sticky skin fish.
The bigger the size, the greater the taste (anglers, enjoy!)

In Kansai area, it replaces Fugu/Globefish when it is out of season for its similarity as sashimi.

Actually it makes for superlative sashimi as demonstrated by the above O-Tsukuri served at Sushi Ko in Shizuoka City!

The same served with its own liver dip! 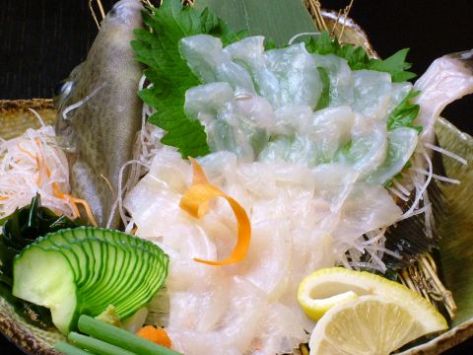 It can make for a spectacular sashimi presentation as a whole fish sashimi plate!

Both its flesh and liver can be served raw!

Australians would be surprised to discover it served as tartare on Italian-style crostinis!

The perfect Kawahagi sushi nigiri must have be topped with its own liver! 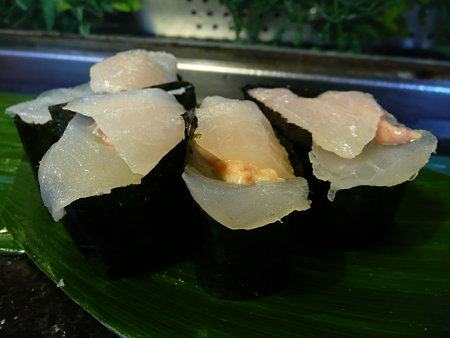 Cut in small slices, it makes for beautiful sushi gunkan!

Cooked, it is very popular simmered in soy sauce, mirin and sugar. A great accompaniment for a nice bowl of freshly steamed rice! 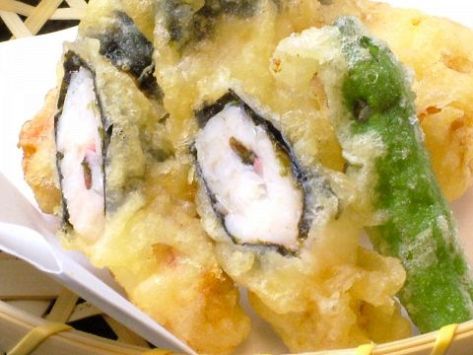 If you want to serve it as tempura, first season it with umeboshi/Japanese pickled plums flesh of the sweet kind. 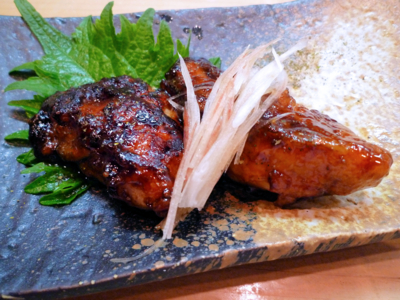 Now, what does this remind you of? Foie gras? Almost right! Grilled kawahagi Liver!