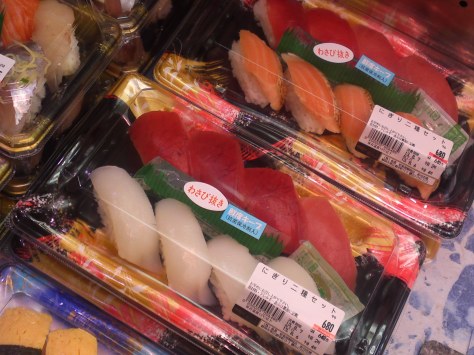 The little red and white tag means that the wasabi is served separately!

This time let me take you to Cenova Department Store basement Floor where you will find not one but two supermarkets proposing sushi bentos, sets and takeouts!
Let’ visit the second one which is owned by the Shizutetsu Stores Chain!! 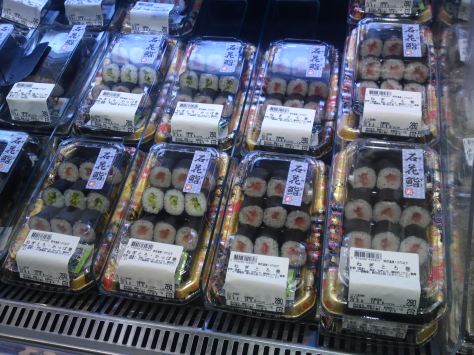 Thin rolls for all priorities, including vegetarian all 260 yen a pack! 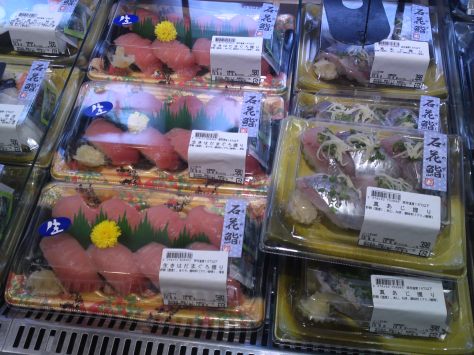 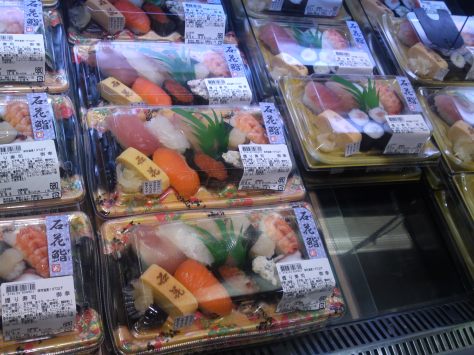 A set of 10 smaller nigiri sushi for 680 yen including flying fish roe, tuna, scallops, salmon and so on!
Perfect for small appetites! 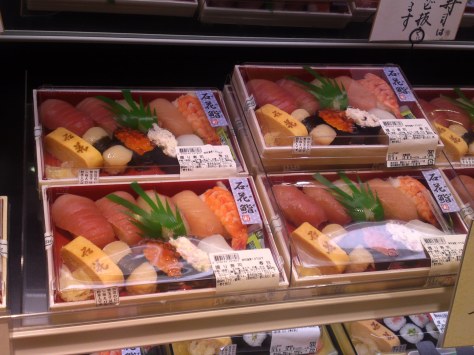 A similar set in an easy to carry bento box for 780 yen but with ikura! 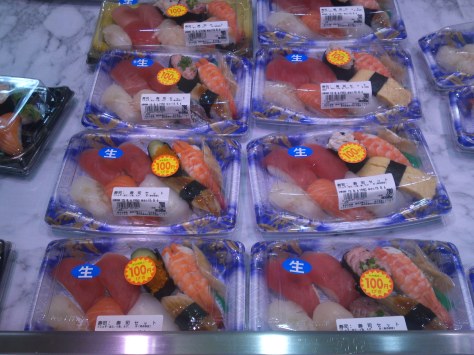 Two similar sets for 780 yen including 9 nigiri sushi (with a 100 yen discount!) one with flying fish roe on cucumber, the other with negitoro/grated tuna! 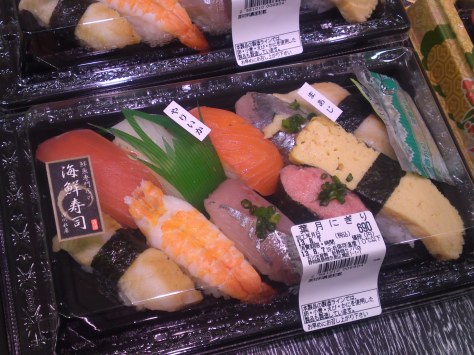 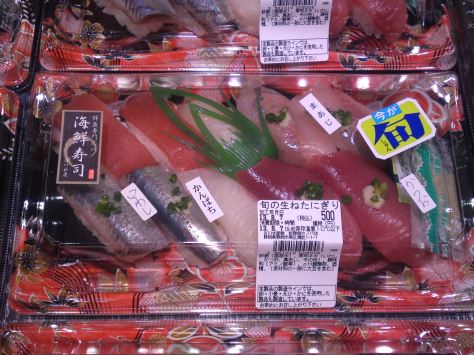 Now this set of “Shun/旬/Seasonal seafood”, 10 of them is really good value, even in spite of the smaller toppings! 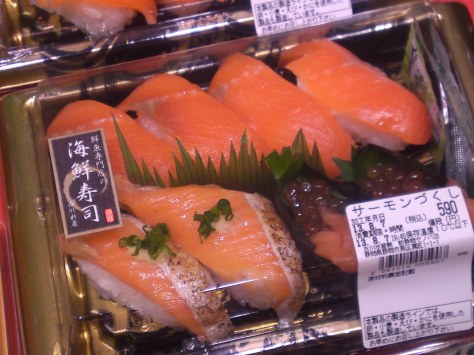 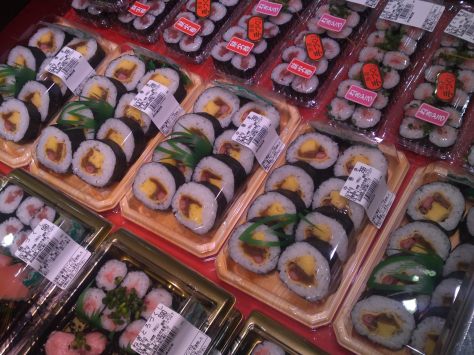 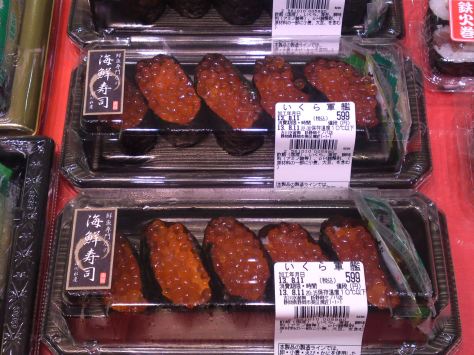 At 599 yen ridiculously cheap 5 gunkan sushi filled with ikura! For the Russians? LOL

The next and last stop will be at Isetan Department store!