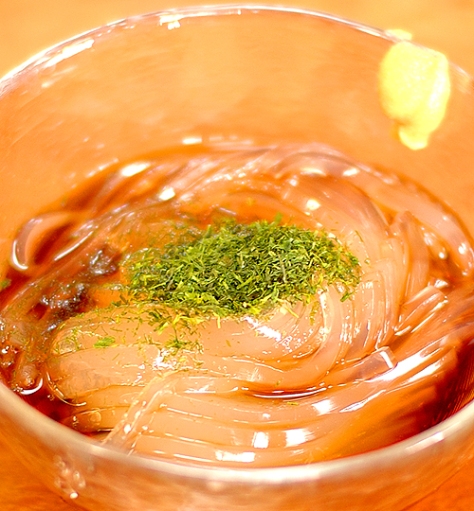 “Toroten” or 心太 (or 寒天) in Japanese is Agar or agar agar.
It is made with a variety of small red Gelidiaceae. 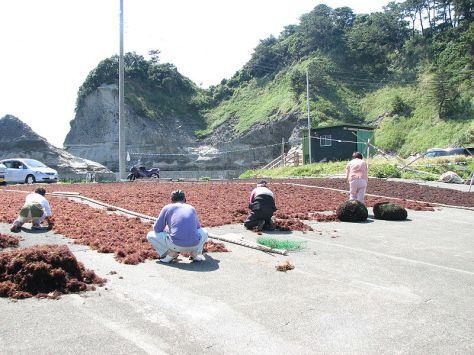 The seaweed is called Tengusa/天草/Heaven Grass in Japanese and is particular abundant in Western Izu Peninsula in Shizuoka Prefecture!
The picture above was taken in Western Izu peninsula where it is regularly harvested in its natural element and sun-dried before being processed. 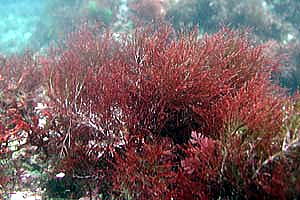 It has been for unknown ages in Japan and is still used extensively in food and even cosmetics and fertilizers.
It is first washed in clear water and su-dried 4 to 5 times before use. 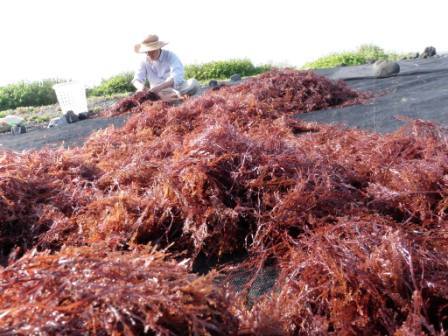 This is the form it is sold in Japan. The red color has naturally disappeared after all the washing and drying.

In a large pan add plenty of water and rice vinegar.

Boil it over a medium fire for an hour or until the liquid becomes a boiling syrup.
make sure ther is enough though during the boiling, otherwise the the syrup will stick on the bottom of the pan.

Take off fire and sieve the tengusa into a large bowl.

Then pour it into a clean cloth and press it out. Proceed twice! The agar must be pressed out at least twice for best quality!

Pour the agar into a flat square cooking metal dish and let cool down for 20^30 minutes at room temperature.
The agar should slide out if you incline the dish.

The Japanese use the above tool called ところてん突き/Tokoroten Tsuki!
Check the use in this video!

The agar will get through this grill to make “noodles”

Cut out strips of agar the size of the pushing handle.

Push the cut agar through the “tokoroten Tsuki”.

Serve the tokoroten as they are seasoned with ponzu and whatever chopped seaweed or greens of your liking.
Naturally the agar can be seasoned with spices!
Enjoy!

Check this video, too! 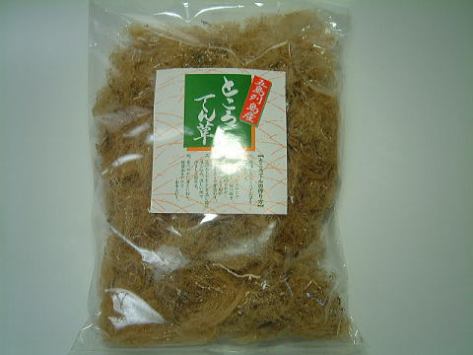 As an indication in Japan the above containg 100 g of dried tengusa is sold for 698 yen (about 7 US$.