Okabe, now merged with Fujieda City used to be the 21st Station along the Old Tokaido Route, actually the most used one of four that existed at the time as it mainly followed the coast between Nihonbashi in Edo/Tokyo to Keishi/Kyoto

Inns were vital for the well-being of travelers of the time, generally of so-called middle class, especially merchants, and such a one can still be found just near the “Okabeshuku Kashibaya Mae” bus stop.
As for reaching it, one cheap way is to take a bus either from Shizuoka City JR Station North Exit or Fujieda City JR North Exit! 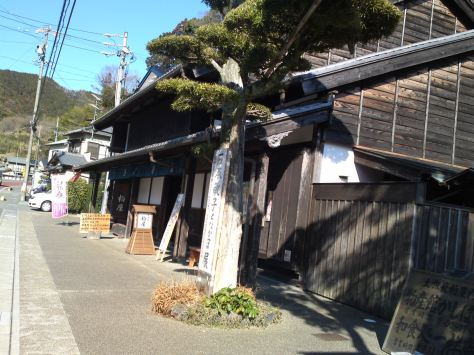 Difficult to miss as it stands by a park! 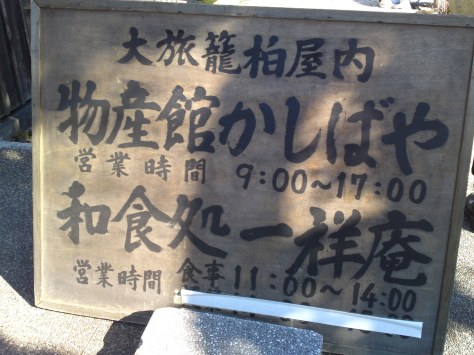 Don’t forget here is also one more attraction also at the back in the shape of old traditional Jpanese warehouses or “lura”! 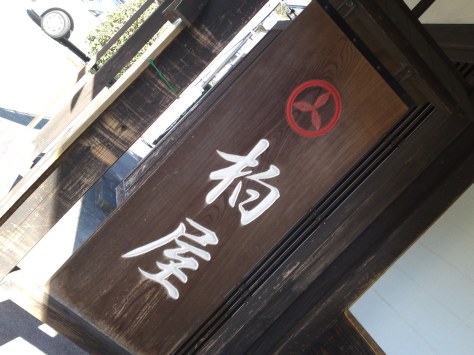 Note the owning family crest/mon at the top! 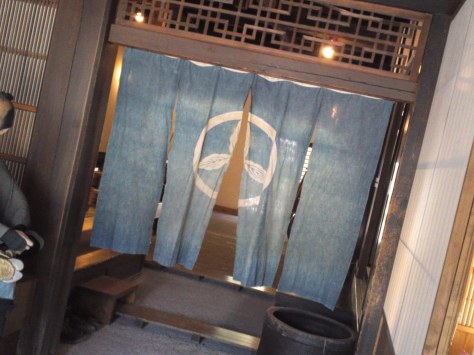 The lobby with a noren/entrance curtain!
You will pay a small entrance fee there and be handed a pamphlet either in Japanese or in English! 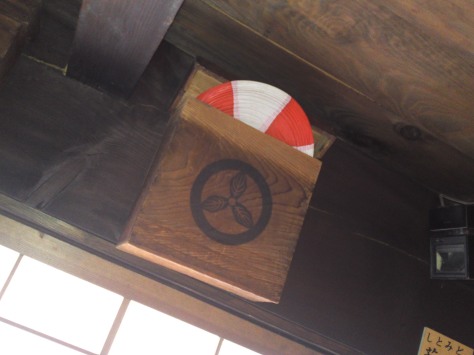 omebody will be on hand to introduce the whole building!

What you see above is a small box inside the wall containing a paper lantern that was used for night arrivals!

The guide explained us the handling of the front entrance!

As well as of the front windows which can be completely closed at night or in bad weather! 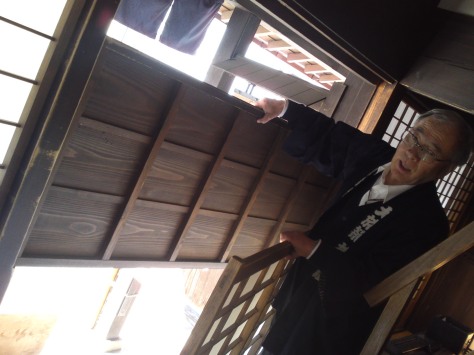 The wooden curtain would prevent any rain or unwanted visitor during the night! 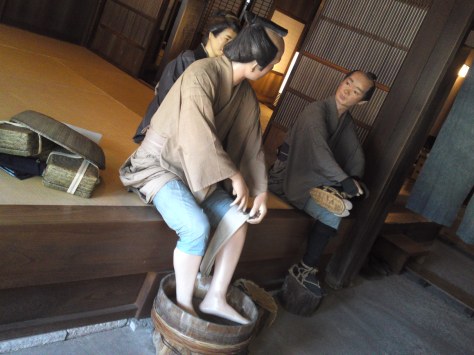 Before entering the actual premises visitors/travelers would first sit in the mise/welcome space where they would introduced to the inn and tier lodgings and fees.

Like in Japanese traditional inns nowadays, board included dinner and breakfast and were not that cheap. Customers were mainly of the lower to higher middle cass, including merchants and samurais and their retinue.

The indoor kitchen!
Actually a lot was also prepared outside and in annexes! 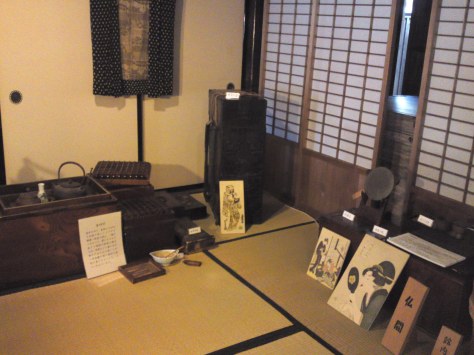 The owners had their own quarters on the ground/first floor.

Domestic scene!
The owner’s wife would paint her lips in black as a mark of her status! 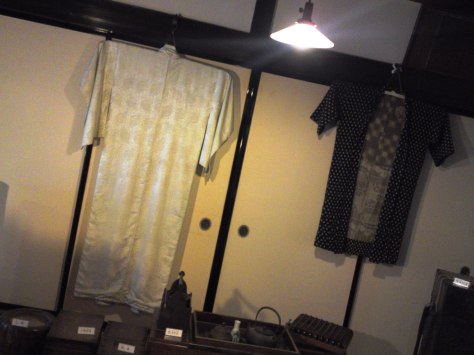 The whole place is a museum.
The present inn was rebuilt in 1836 and had to be again after two fires struck the whole of Okabe.
It was registered as a National Intangible Cultural Asset in 1998. 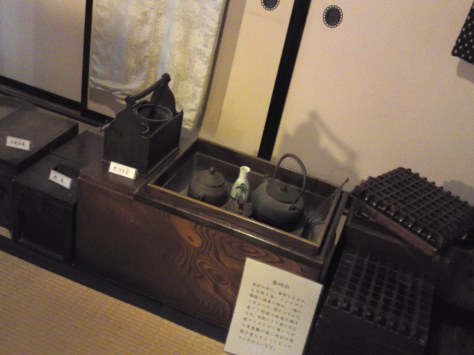 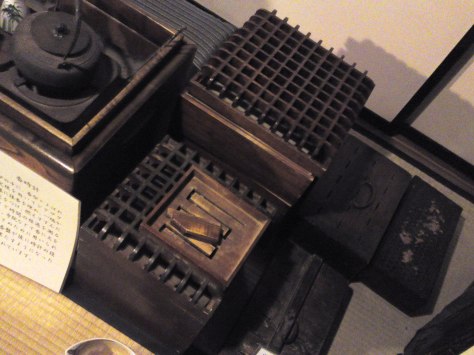 An incense clock!
The powdered incense would take a determinate time to burn inside that contraption! 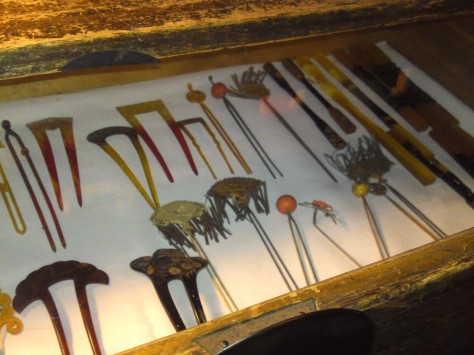 Valuable hairpin collection, some of them made of tortoise shell!

Money and purses of the time!

Traveler’s portable gear including inkstone and so on!

You tour the whole place in a predetermined order! 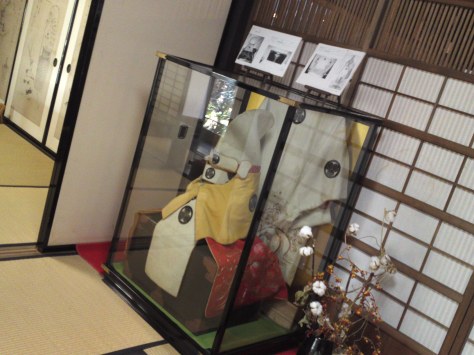 A fireman’s gear of the time!

I told you it was a true little museum, didn’t I?

Back to the owner’s “business room” on the ground floor! 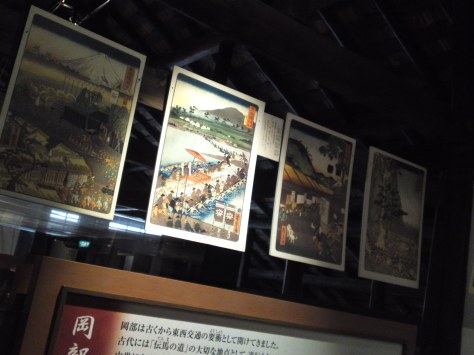 More copies of ukiyoe of the era! 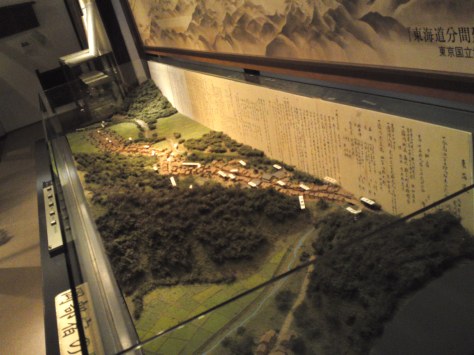 An Edo Era scene of the Inn!

Japanese carps in the pond of the small outdoors garden! 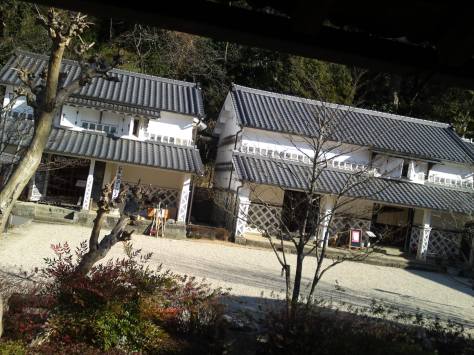 Don’t forget to visit to the museum inside the kura behind the Inn as the owner was also a licensed pawn shop owner!

Great Inn KASHIBAYA
Fujieda City, Okabe, Okabe Cho, 817
Tel.: 054-667-0018
Opening hours: 09:00~17:00
Closed on Mondays and end and beginning of the year. If Monday is a National Holiday the following Tuesday is a closing day
Entrance fee: 300 yen for adults, free for children under junior high school, 240 yen each for groups of over 20 people.