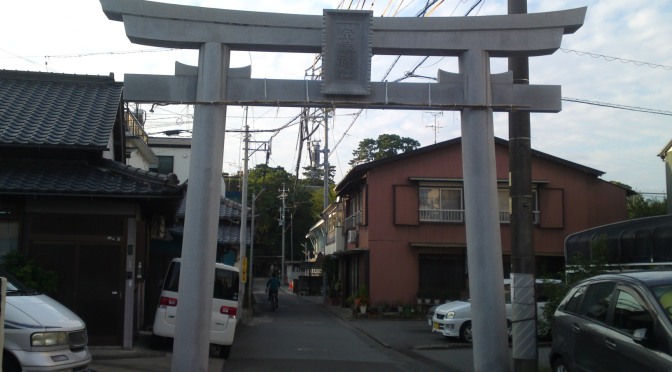 You will find Munagata Shrine by getting off Okitsu Station along the Tokaidou Railway Line and walking for a few minutes on the left of the station!

You will have to go through at least 3 Torii gates if you acceess the place from its furthest entrance along the main thoroughfare!

Getting near the main shrine!

Plenty of history to study!

The roofing indicates that the a Goddess is looking after the sacred site!

The left-hand side stone lantern!

A cloud and a doe!

The right-hand side stone lantern!

A cloud and a stag!

The left-hand lion guard with its maw closed!

The right-hand lion guard with its mouth open!

The “haiden shrine”, the only accessible to the public!

The money-offerings wooden box with the shrine’s crest!

The rice straw garland, three bells and their ropes!

Side view of the haiden shrine!

The honden hall closed to the public!

The whole edifice is surrounded with many venerable cedar trees!

Back view of the honden hall!

A smaller ancient shrine among the trees!

I wonder why the left one has its mouth open? Very unusual!

Same for the right-hand one!

A last look at the honden hall!

Walking away from it!