The ist Shizuoka Seeds Exhange Meet was held on Sunday February 9th by farmers from all over the Prefecture under the leadership of a young farmer named Fumitaka Yamaguchi.
Attendants included not only farmers, but also guests interested in farming in general, in seeds exchange and willing to get a better understanding of farming.

Although the meeting started at 11:30, the meeting room at the Shizuoka Waork Insurance Building was already half full by 11:00!

Plenty of seeds and products were exhibited for a general view before the actual exchange during the second part of the meeting!

Specialized books were also on sale as well as plenty of information brochures for free! 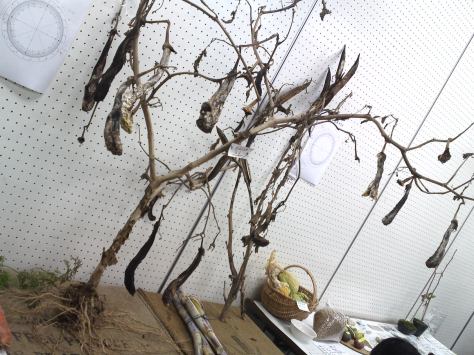 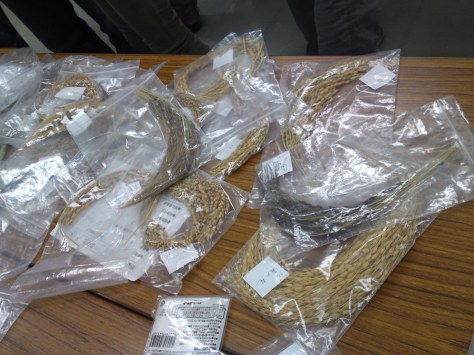 Many varieties of organic rice!

Organic sugar cane cultivated in Shizuoka City!
Did you know that these pieces of sugar cane are used as “seeds”?

Fumitaka Yamaguchi welcoming all and explaining the schedule of the Meet!

First we were shown a long film on the dangers of Gene Modified grains, seeds , vegetables, fruit and plants in general in the States, Canada, Mexico, Europe, Asia and Africa!
A real eye-opener. Frightening, actually!

The second part consisted of a very good discussion with Chef Kenya Yoshimura, Farmer Mitsuharau Ishigami and organic food trader Mika Itoh.
The main topics were about the work of producing one’s own seeds, the protection of native plants, the safety and traceability of food and the future of farming!
I’m really looking forward to the next Meet as there is a real need for such exchange and so many issues to discuss! 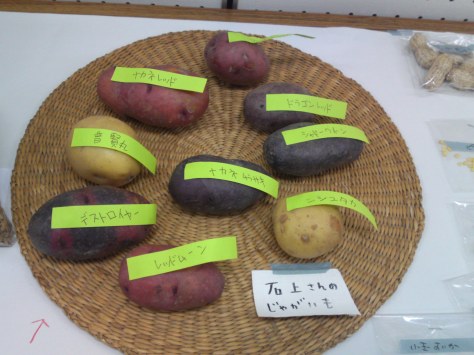 The third part was entirely