SYNOPSIS:
There are a lot of fruit which either originated or grew to be characteristic of Japan.
I’m trying to introduce into this new series to help my vegan and vegetarian (I’m no) friends in particular as fruit can be adapted into so many ways!

Grapes are relatively new to Japan, but its people have compensated this with an eye to create new strains with great success. 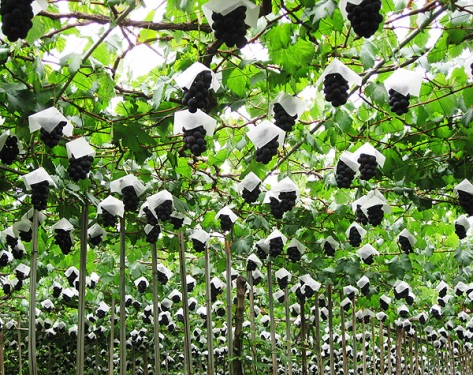 Pione Grapes are a typical example.
They are a cross between Kyoho Grapes and Cannon Hole Muscat.
Kyoho grapes (巨峰葡萄) are hemselves a Concord-like cross (Vitis vinifera x Vitis labrusca) between Campbell and Centennial grape varieties.

Kyoho grapes were first produced in 1942 in Shizuoka Prefecture, but were not so named until 1946. 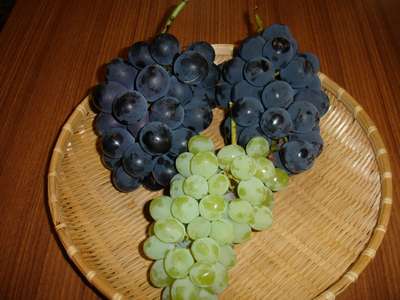 Pione Grapes (ピオネ葡萄) were also first produced in Shizuoka Prefecture in 1957 by a farmer called Hideo Ikawa.
Pione is an Italian name.

Pione grapes are usually seedless, juicy and very sweet making them very versatile for all kinds of desserts: 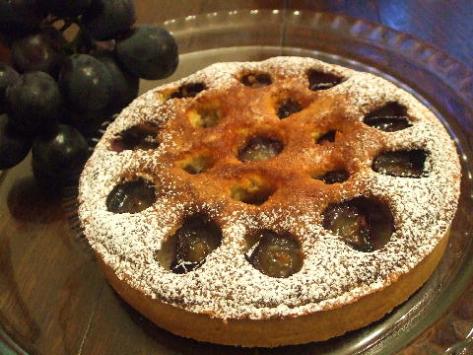 But Pione Grapes, especially their flesh in “Concasse” style can be used in salads: