Beche de Mer in French, Sea Cucumber in English, Sea Rat (海鼠) in Japanese, this marine creature has been called all kinds of names in many different countries over the ages.
French sailors were catching them and trading them with the Chinese as far back as the XVIIIth Century.
They are presently the most poached single creature in the Japanese seas by illegal fishermen from China, North Korea and Russia to the tunes of thousands of tons every year.

Quite a few varieties are found in Japanese markets, but the highest quality specimen are the red sea cucumbers.

The best season is Winter, although they are sold over the counter well beyond Spring in Japan.
They ave many names in Japanese: Namako, Manamako, Akako, Aoko, Kaiso and are caught almost all around the Japanese islands.
They lay eggs from late Spring to early Summer, hence their best taste in Winter when the Japanese find them almost sweet.
Choose red ones as they are softer and tastier. Choose specimens with firm flesh and healthy skin. 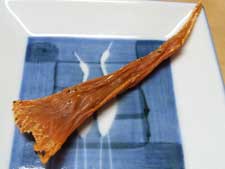 The Japanese eat them in many ways. Like the Chinese they eat them in their dried form, or “Bachiko”. 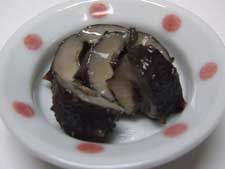 They are popular boiled in green tea! 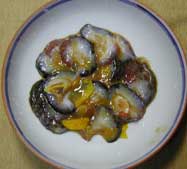 Of course you will find them as sashimi! 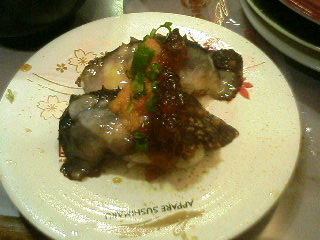 Or as sushi nigiri! 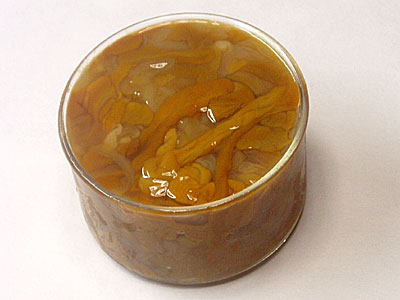 Their innards, called “konowata”, are considered a delicacy! 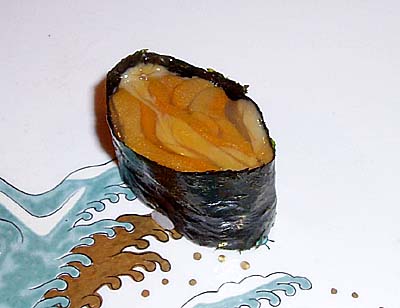 Most popular as gunkan sushi!