Wasabi no Kai Gastronomic Group in Central Shizuoka Prefecture was founded about 4 months ago to help promote the Shizuoka Gastronomy with chefs, producers and the media.
We have already held a seminar on Shizuoka Green Tea and visited Kakishima Fish Farm in Fujinomiya City in July and August.
This time three chefs members of Wasabi No Kai Group met at Il Castagno Italian Restaurant in Shizuoka City to demonstrate various ways and methods of cooking Rainbow Trout and Japanese Char/Iwana from Kakishima Farm! 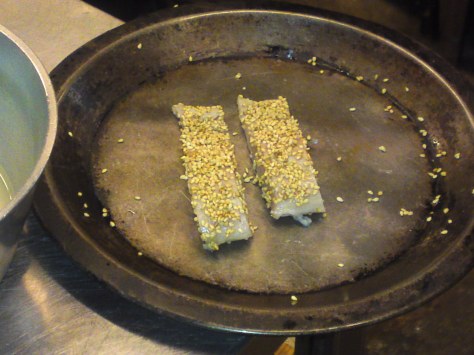 Taking a sneak peek at the Japanese char! 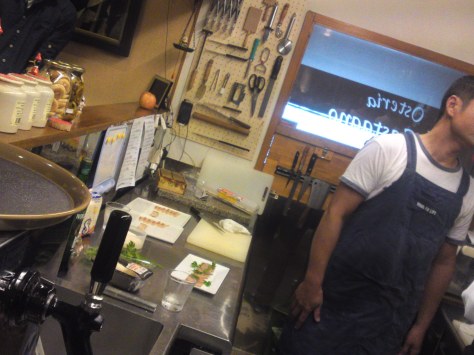 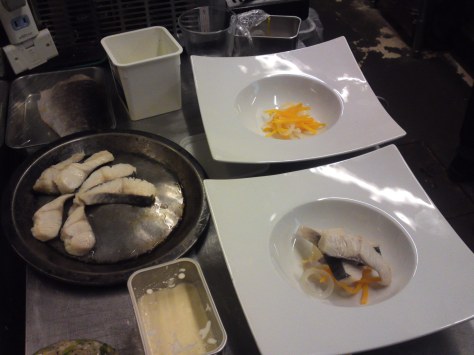 The advantage of a photographer/writer is that he/she has first pick at the information and an open door inside the kitchen!

An eager audience patiently waiting for the creations to come out of the kitchen!
Now, what did we have the pleasure to savor?

Marinated Japanese char by Chef Onoda!
The fish was marinated in salt, soy sauce and mirin at 40 degrees Celsius inside an air-tight pack.
The bottom piece on the left is the same covered with golden and black sesame seeds. 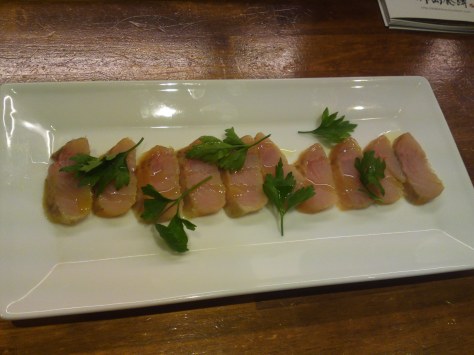 Japanese char smoked with salt and sugar and served with olive oil by Chef Sugiyama!

Japanese char brandade seared under a salamander by Chef Onoda!

Japanese char with home-made cocoa parpadelle and organic vegetables by Chef Inami!
The cocoa powder parpadelle was a discovery! 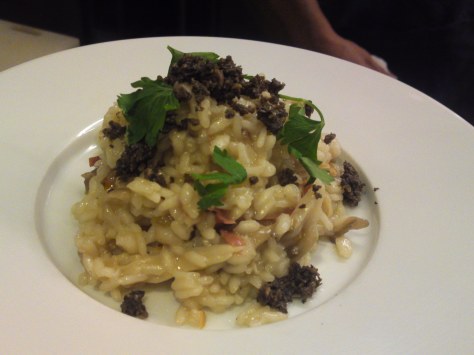 Rainbow trout, Serrano ham and mushrooms risotto by Chef Sugiyama!
If I had to choose one dish, this was the one! 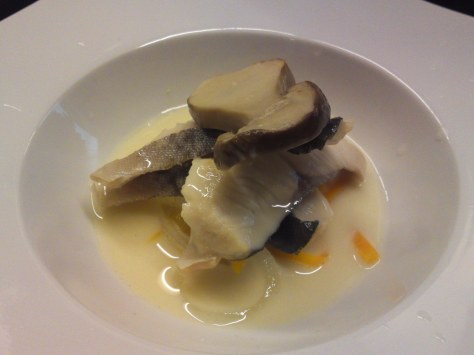 Japanese char poached with its skin, paprika and fresh cepe/porcini in wine, stock and cream sauce by Chef Onoda!

All these local celebrities certainly enjoyed a long talk during and after the demonstration!

The next event will be a visit to a local sake brewery!