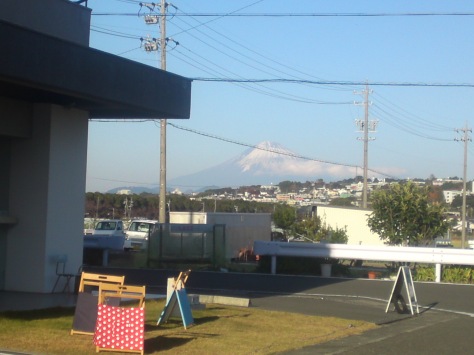 Now is the season when you can see Mount Fuji clearly from Shizuoka City even from spots that are not evident for most of the year!

I had cycled a long way down Suruga Ku, the Southern half of Shizuoka City when I reached some paddy fields just beyond the last buildings before a long break in the landscape becoming more rural in spite of the recent building boom! 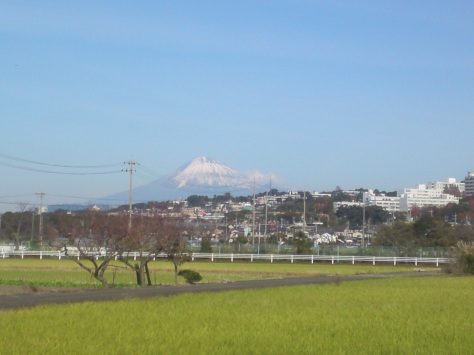 Mount Fuji has received a lot of snow of late and it helps for a great contrast in the distance.
Actually you have to travel a lot before the buildings stop hiding it from everyone’s view!