(Ark shell sashimi in its own shell)

Akagai or Ark Shell tends to frighten potential sheffish amateurs because of its other English name, “Bloody Shell”, not only because of its deep reddish-orange colour, but also because of the reddish water it gives off upon opening.

Now, shellfish does not have blood in our mammal concept.
Bear in mind that many shellfish are used for dyeing cloth, and if if I’m not mistaken, ark shells fulfill both utilitarian and gastronomic needs. 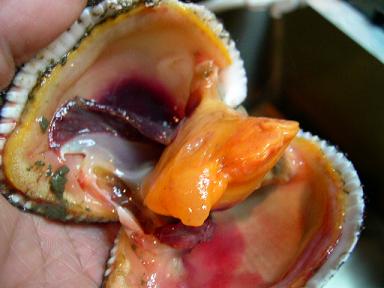 It does require some skill to open and present.

The main “Tongue” and “Thread/Akahimo” are edible.

The best season is Autumn, although they are available all year round. They are pretty abondant along the Japan southern coastlines, but many of them are also imported from Korea and China amounting to 80% of the total domestic consumption.

Ark shells are usually not served cooked.
Sashimi (see top picture) is very much appreciated but sushi nigiri is definitely the most popular way to savour them! 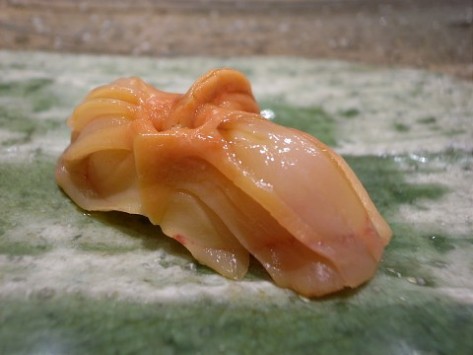