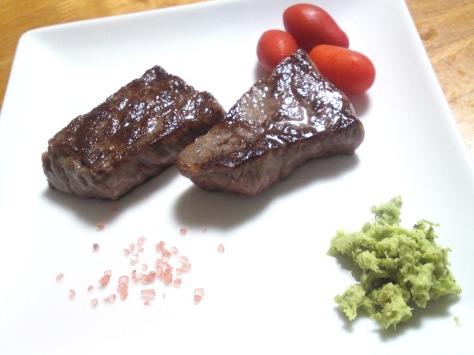 2011 was an eventful year for many reasons, some unwanted, even dreadful, and others more conducive to social happiness. I would prefer to remember the latter to help nurture a positive attitude towards a future we cannot predict! Being a convinced agnostic hedonist does help but I’m sure that gastronomes, whatever their credo, will realize how lucky we are in Shizuoka to be able to attain to ever-growing pleasures with seemingly simple local ingredients!
Here is a proposal for a full course, albeit a long one, representative of a dinner I would have enjoyed in 2011!

in any repast drinks are most important as they are they insure the link between the dishes!
Japanese sake brewed by Takashima Brewery in Numazu City!
These labels are of a particular interest as they advertized the edible seaweed varieties found in Shizuoka Prefecture!
Note: For friends who may not drink alcohol I would recommend ginger ale made with Shizuoka-grown ginger or Shizuoka green (and black!) tea under various forms! 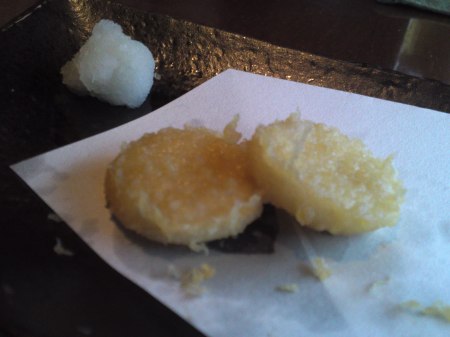 Carrot Soup and Carrot Leaves Mousse on a Tomato Bed!
All vegetables are organic served at Pissenlit in Shizuoka city making use of the whole vegetables! 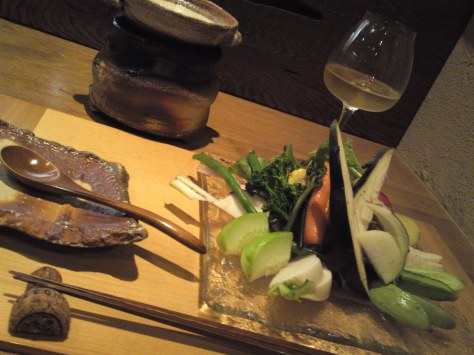 Vegetables in Banya Cauda style!
As served at Piatto in Shizuoka City! All vegetables are organic and grown in Shizuoka! 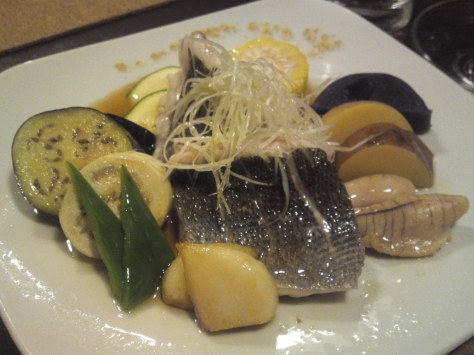 Steamed Black Bass/Suzuki/鱸 from Suruga Bay and vegetables by Mr. Furuya in Asabata, Shizuoka City!
As prepared and served by Cham Chinese Izakaya in Shizuoka City with a light warm vinaigrette! 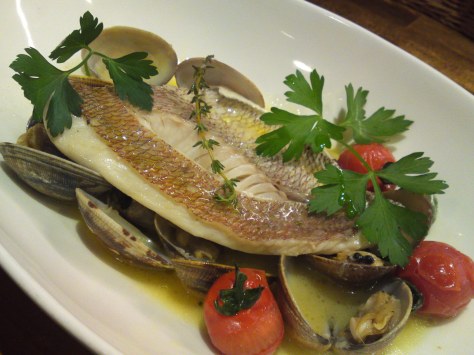 True Seabream/Madai/真鯛 with cockles and vegetables, all from Shizuoka!
As served Italian-style by Il Castagno in Shizuoka City!

Fujiyama Wagyu Beef, Utogi Wasabi and Ameera Rubbins Pearl Tomatoes!
As prepared by the Missus and I!
Fujiyama Wagyu is one of the thirteen varieties of wagyu bred in Shizuoka Prefecture which positively compare to Kobe Beef!
The wasabi is grown by Maruichi Farm in Utogi, the birthplace of this most remarkable ingredient!
The Ameera Rubbins Pearl Tomatoes are grown in Iwata City!

Foie gras poele on Corn Galette with Madeira Sauce!
This can qualify as an extravagant appetizer too!
The galette was concocted at Pissenlit in Shizuoka City with high-grade Kankanmusume Corn grown by Chouchou Farm in Iwata City! 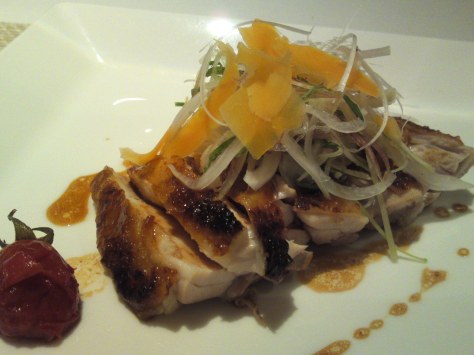 Tetsuya Sugimoto in Shizuoka City is a master of off the beaten track desserts!
The soy sauce is created by Amano Company in Gotemba City and the brown sugar is made with sugarcane grown in Kakegawa City. As for the mandarine and lemon, they are of course organic! 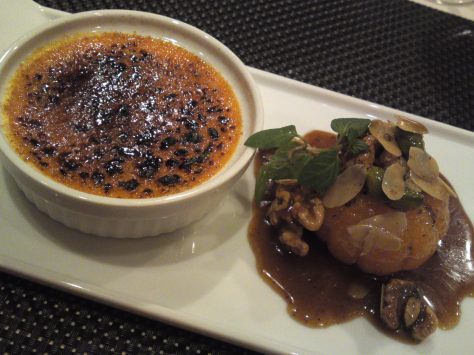 As served at Pissenlit in Shizuoka City. Both the carrot and mandarine are organic! 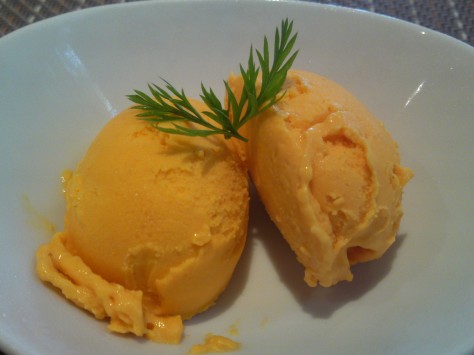 Organic Carrot ice Cream!
This could be served as an appetizer, a refresher between dishes or a dessert at Comptoir de Bios in Shizuoka City! 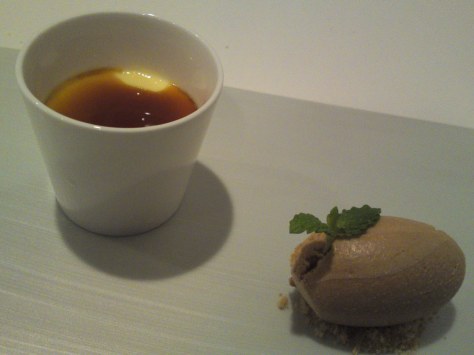 Naturally I still have missed a lot and I sincerely hope I will be able to introduce other discoveries by the end of this year!

2 thoughts on “Memorable Gastronomy with Shizuoka Products in 2011!”