The season in Japan is Winter, although it can be found all year round thanks to large imports from Greenland and Canada. Yearly domestic catch amount to 2,000 tonnes in Hokkaido and 800 tonnes in Ishikawa Prefecture.

It is a species famous for its sexual properties: the shrimps are hermaphroditic. They start out male, but after a year or two, their testicles turn to ovaries and they complete their lives as females. However, if there is a predominance of female Pandalus shrimp, the males will delay their transformation. Likewise should there be a shortage of females, the male shrimp will begin their transformation earlier, all for the sake of maintaining balance for procreational purposes.

They are called “Ama Ebi/Sweet Shrimp” in Japanese as they will turn very sweet after a couple of days in the refrigerator, whereas they will show no sweetness at all when fresh! 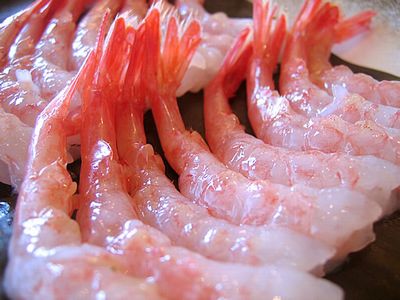 They are great as sashimi on their own, in salads or as part of a larger sashimi plate! 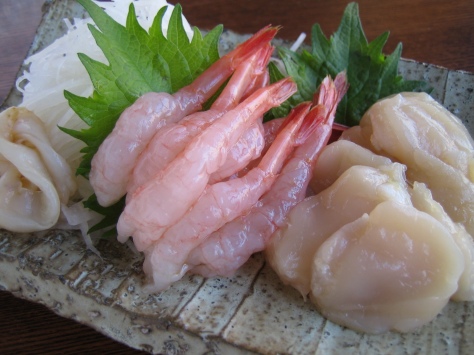 Of course, as sushi, they are a superb morsel! 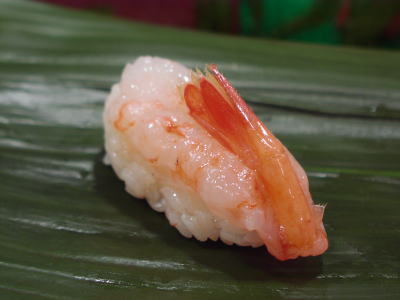