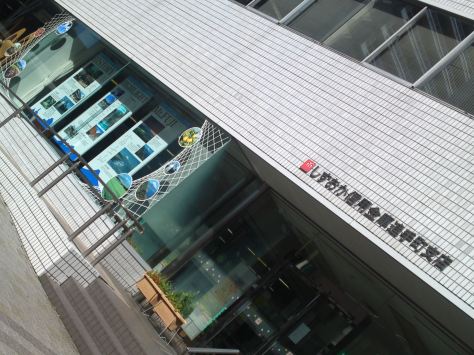 Don’t get me wrong! This is not an advert for a bank nor a suggestion that you should deposit your money there!
In fact my accounts are not held in this bank!

But if it is your first visit, or if you wish to know a bit more about our City, walk straight ahead from Shizuoka JR Station, past the main crossroads with Egawa Street and you will find Shizuoka Shin Yoo Bank/静岡信用銀行 on your right just before reaching Shizuoka City Hall!

Have a good look at their display windows. It is definitely worth the attention! Actually if it rains or if it is too hot you could see the main posters inside. The bank welcomes casual visitors!
If all banks were emulating it Shizuoka city would certainly be an even better place for it!

Plenty to look at or read!

And even more!
Shall we have a look at them in detail? 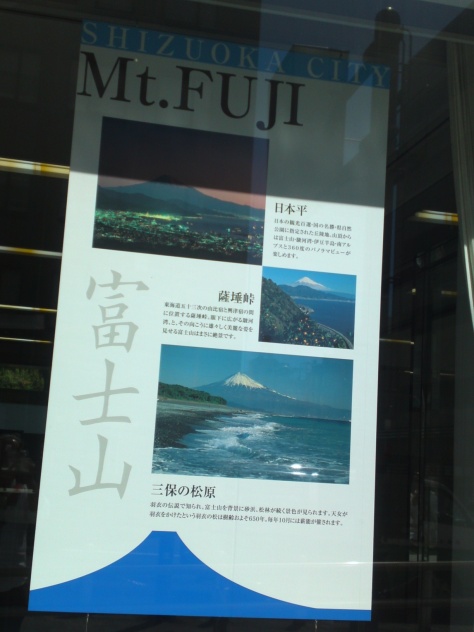 Mount Fuji including views from Yui, Nihondaira and miho Beach! 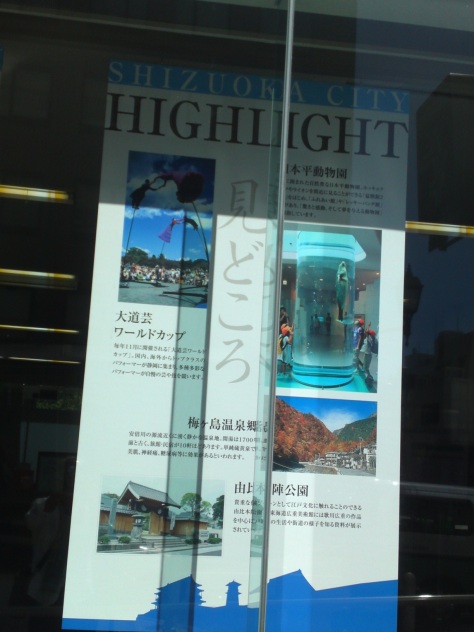 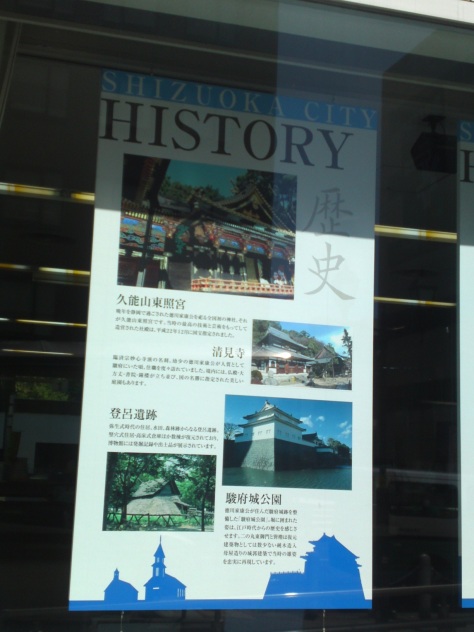 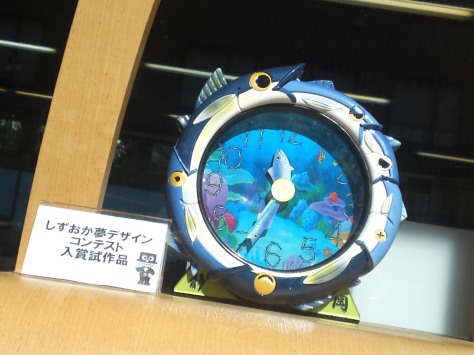 A Clock, which won a special prize at the Shizuoka Dream Design Contest! 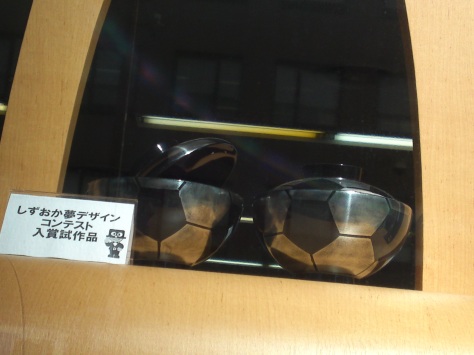 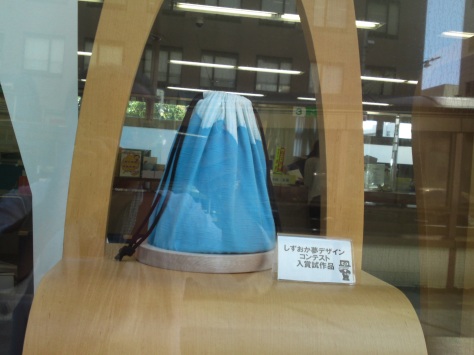 “Tuna Fishing”, which won a special prize at the Shizuoka Dream Design Contest! 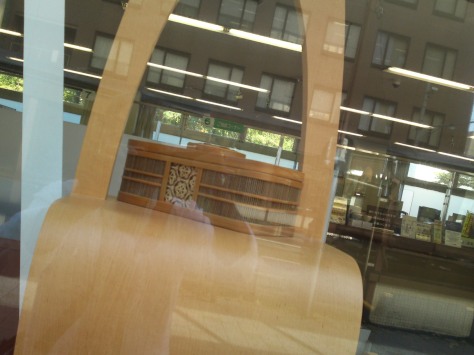 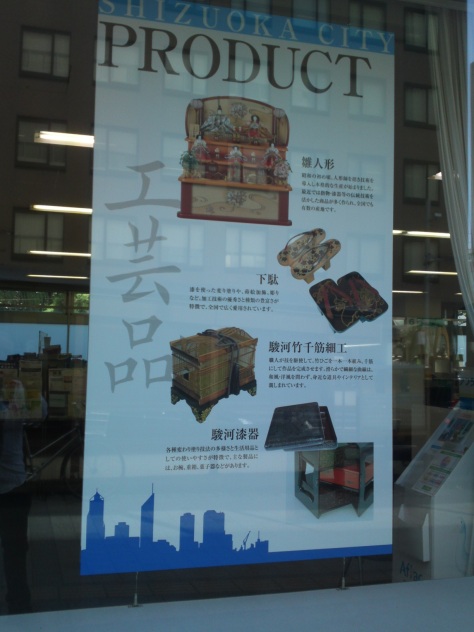 Actually, the posters inside are different!

Actually, there is so much more!