I was walking back from Seikenji Temple (report coming!) to Okitsu JR Station when I felt the pangs of hunger.
As most restaurants were closed for lunch on that day in this neighborhood I decide to see what a local supermarket had to offer when I espied a wall painting in the distance!
I couldn’t investigate it as I don’t know when I will be able to come back to Okitsu!

It had been painted quite a while ago but I suspect that the government is Shimizu Ku is behind it and probably had it done before they were merged into Shizuoka City! 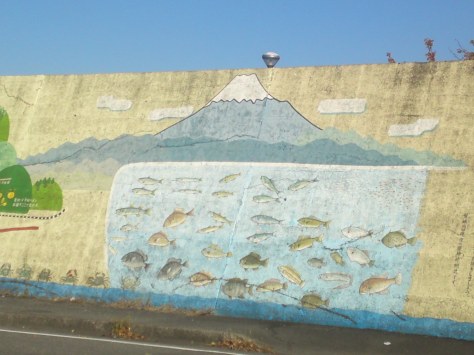 Just before the “Map” Mount Fuji and various fish had been painted.
I’ll show you later why Mount Fuji was so prominent!
As for the fish Shimizu is a major fishing harbor (it also has a major industrial harbor!)! 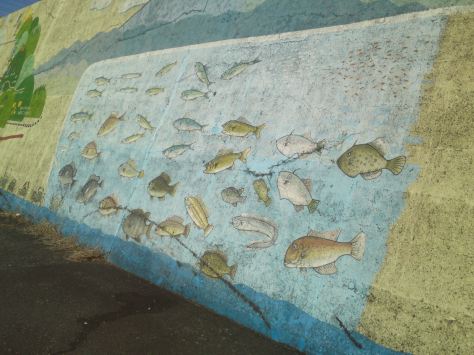 I carefully checked and the fish represented there are really fish caught offshore! 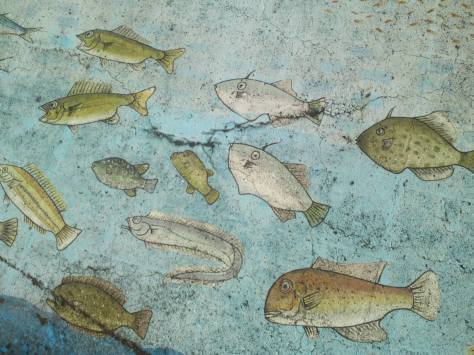 Right half of the picture:
Interestingly enough most of the fish are solitary!
Can you recognize them: True Seabream, File Fish, Puff Fish/Globe Fish, Scabbard Fish, Grouper, etc.

Left half of the picture:
Here the fish are mostly in pairs!
Can you recognize them: Grey Seabream, True Seabream, Horse mackerel, etc.

Crabs!
We do have quite a few in the Suruga Bay, and some very rare! 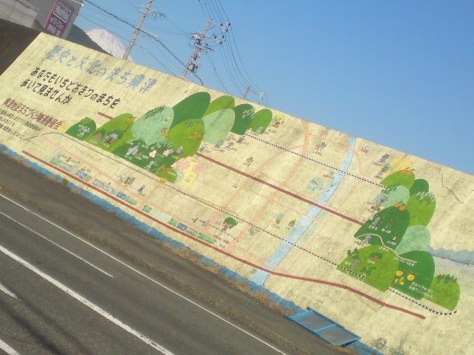 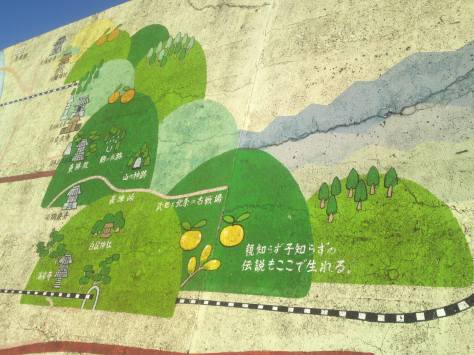 The right half also featuring local products, such as citruses and tea!

The Okitsu River is famous for its wild Ayu trouts!

The right half with plenty of oranges!

Can you see it?

Mount Fuji beyond the supermarket!