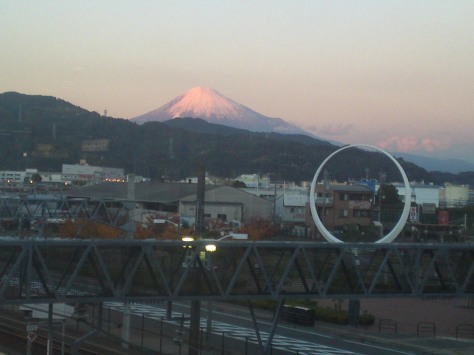 Mount Fuji is an ever-changing sight and can be caught in most interesting situations if you one corner of your eye at the horizon especially in the Fall and Winter!

Just coming out of Western Exit of the Shimizu JR Station on the Tokaido Railway Line I noticed Mount Fuji far away in distance through a fence! 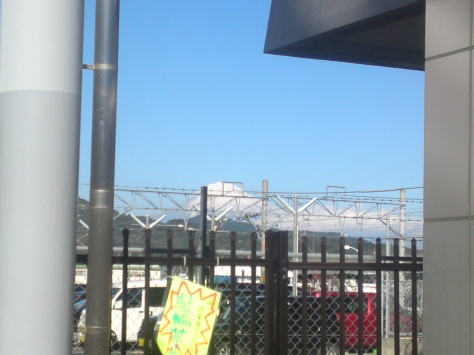 On my way I noticed a marked change of color!
Can you see the train run by?

Taking the train to Mount Fuji!

Just before my train back to Shizuoka I even managed a somewhat psychedelic picture of Mount Fuji from upstairs!