Shimizu Ku, formerly Shimizu City, a city of its own, before it was merged into Shizuoka City, has always been a major fishing harbor in Japan.
It is actually the biggest tuna hauling port in Japan (not Tsukiji where everything is more or less sent to!)!
Since Shimizu Ku’s merger it has been expanded and modernized together with Shimizu JR Station but the quaint old-fashioned market open to the public is still there!

To find it get off via the North Exit of Shimizu JR Station and walk for about 10 minutes.
It is pretty well indicated and difficult to miss.
Bear in mind there are two entrances.
Follow me for an easy visit and let’s see what is in store for us!
And remember it can make make for a great monthly tour as the fresh seafood is seasonal and there are many small and very reasonable restaurants inside!

Himono/sun-dried fish!
Shizuoka Prefecture produces 50% of all himono in Japan!

Many kinds of dried and seasoned fish!

One of the small restaurants!
Don’t worry the restaurants tour will come in a separate report!

Don’t forget these two!
You will never see them displayed together outside our Prefecture!

These dried fish are considered as extravagant souvenirs up in Tokyo!

Will meet you there again very soon!

The latest visit to the Shizuoka JR Station Parche supermarket proved I’m right to conduct regular checks on the fish market which is seasonal and where the local seafood arrives directly every morning for the harbors of Numazu, Kogawa, Yui, Omaezaki, Mochimune, Shimoda and many others!

Right, what was of interest that day! 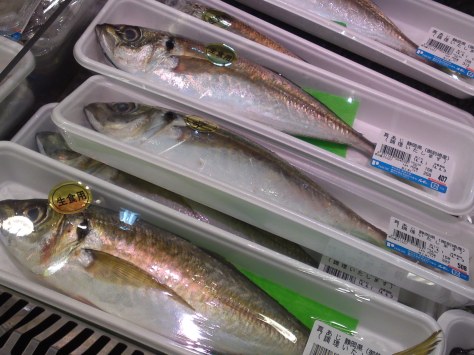 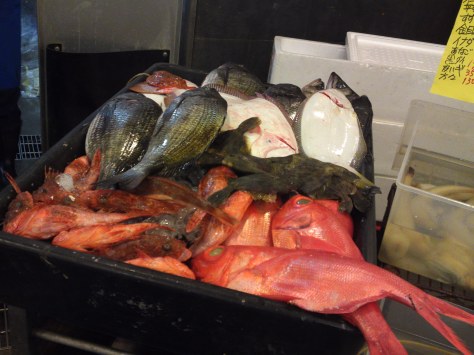 The “Mixed Batch of Shizuoka Fish of the DAY”! 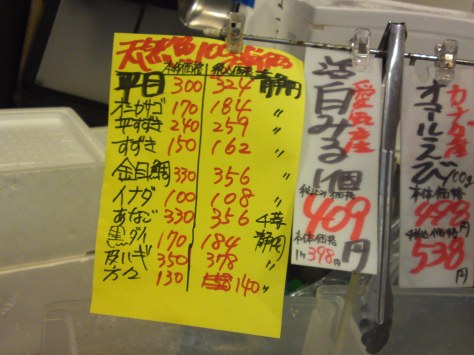 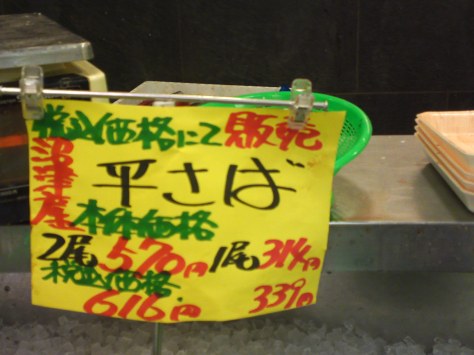 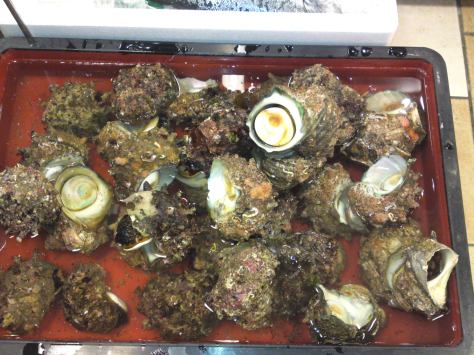 From all over Shizuoka Prefecture! 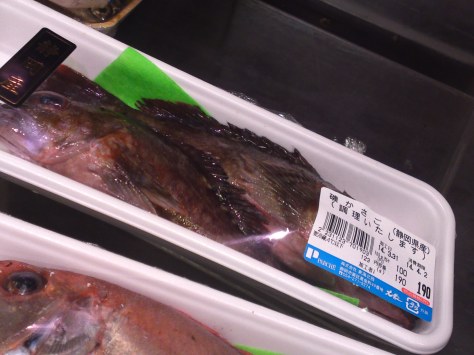 See you there again!

This morning I had the occasion to visit for the second time only in no less than 36 years the Shizuoka Ryuutsuu Auction Market (real name. Shizuoka Gyouichi/静岡魚市!
It is very similar to Tsukiji Market in Tokyo, on different scale naturally, but still really big as it serves a Prefecture population of nearly 4,000,000 souls!

The reason I visited the market as early as 7:00 after the actual auctions was that I had to apply for a filming permit from the city officials (the place is directly supervised by the local government) on behalf of a TV crew dispatched at the end of this month by 3 Sat.online/NANO, a big German TV Channel. 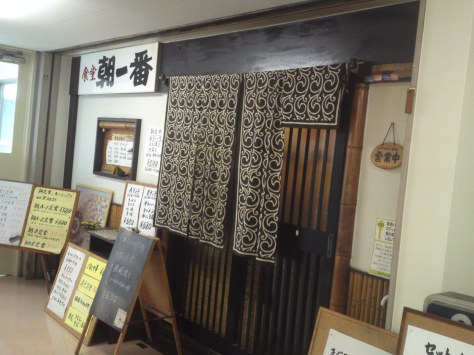 Small restaurant on the second floor.

Actually the whole is strictly supervised by the city.
Casual visitors are allowed in. Full stop.
Casual buyers are not allowed in. Full stop.
Filming, albeit very restricted requires an official permit from the city.
Even so, you certainly need the right connections!
Mind you, we only got a permit to film Chef Shibata buying his ingredients at the market. Actual auctions taking place between 5:0 and 6:00 a.m. are simply no man’s land! 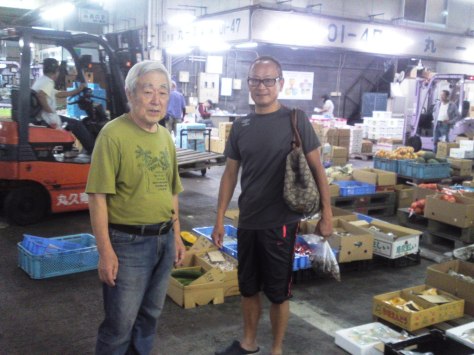 Chef Susumu Shibata/柴田算 and Mr. Yasushi Imaizumi/今泉康, the gentlemen who made it possible!
But I do have the right connections…LOL 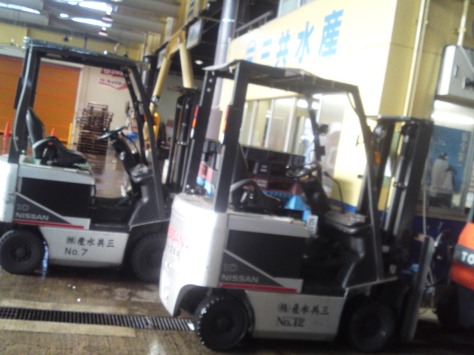 The place is big and a lot of heavy machinery is needed for quick transport of goods.
You had better watch your back atually as there is always a danger of being run over. Honestly! 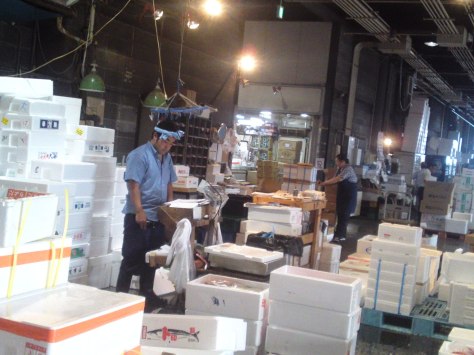 Since I had been allowed in I took the opportunity of taking (unauthorized?) pictures of the goods dealt with inside!

I started with the fish and seafood area where authorized visitors can make their purchases after the auction.

The tails are always cut before the auction for quality check! 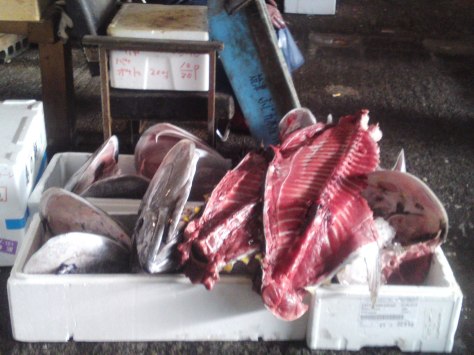 The heads, tails and bones are also on sale!

Cuts ready to be delivered! 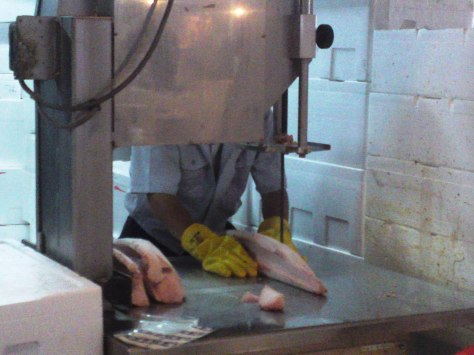 Still frozen pieces have to cut with a saw!

But the best morsels are cut by hand! 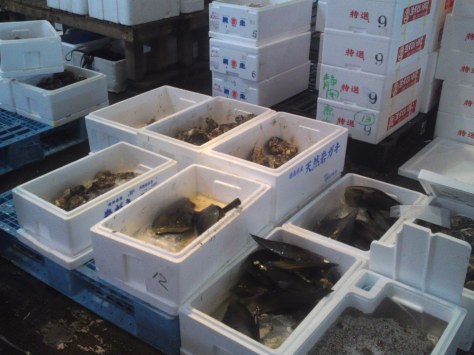 The Japanese eat all kinds of shell fish: Pen shells/Tairagai/タイラガイ! 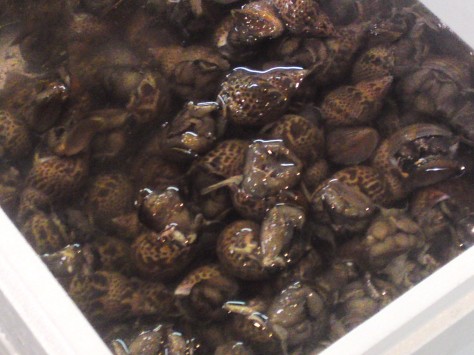 Snow crabs from the North of Japan! 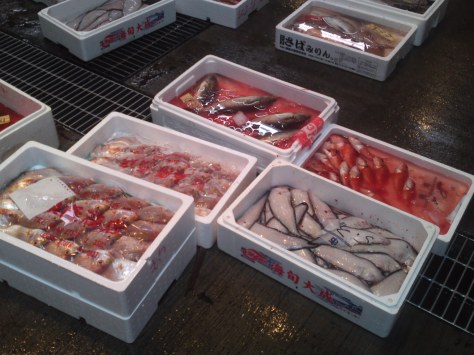 I then went to have a peek at the agricultural products on sale! 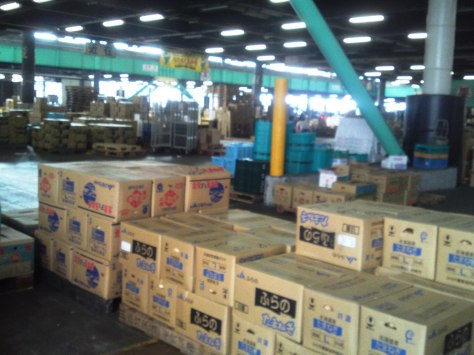 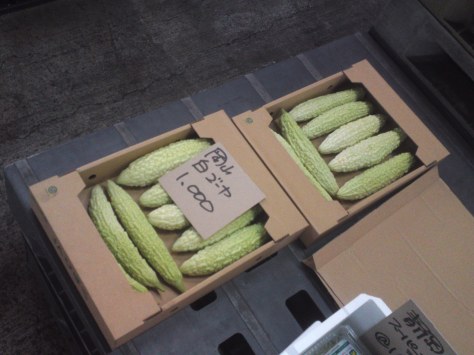 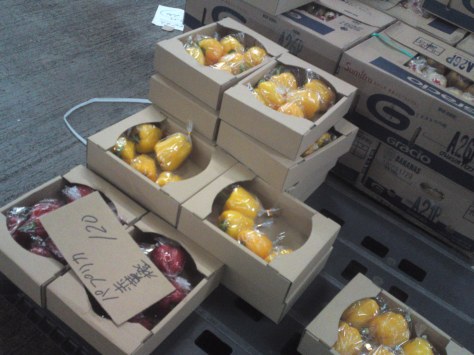 Hoped you enjoyed the visit! 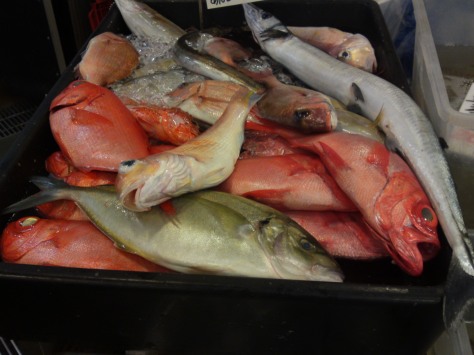 One way to know your local food is naturally to visit regularly the local supermarkets.
In Shizuoka City we are blessed with a fantastic, maybe not in size but certainly in variety and quality, supermarket inside the JR Station Parche Building.
Now, this is the place to study all about the local (and from other shores!) marine life that will find its way onto your plates!
I do make regular visits just for the joy of it, so let me share with you the photographs of exclusively local seafood caught in the Suruga Bay or around the Izu Peninsula! 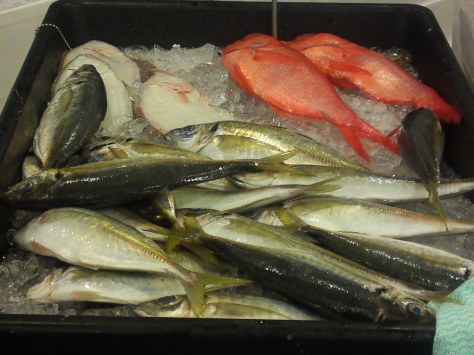 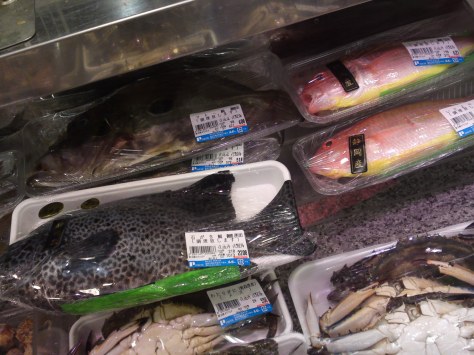 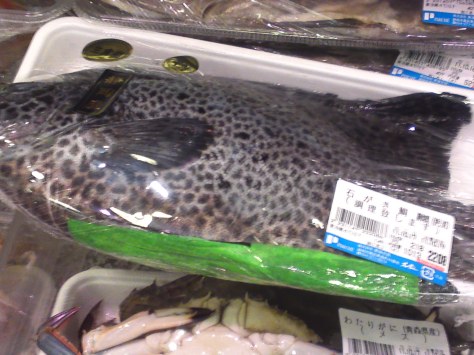 A closer view of the Matoudai/まとう鯛/John dory! 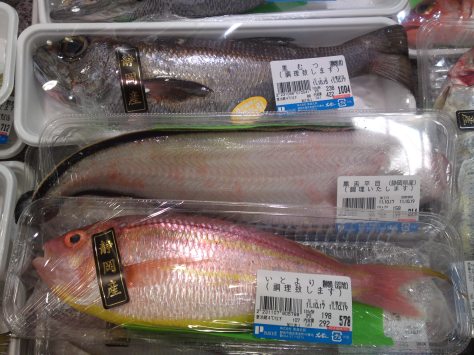 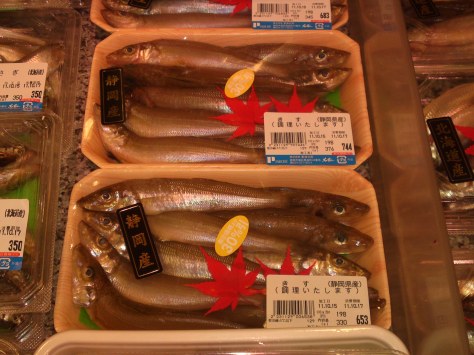 Finally, the pride and joy of Shizuoka Prefecture! Sakura Ebi/桜海老/Cherry Shrimps, just back in season!