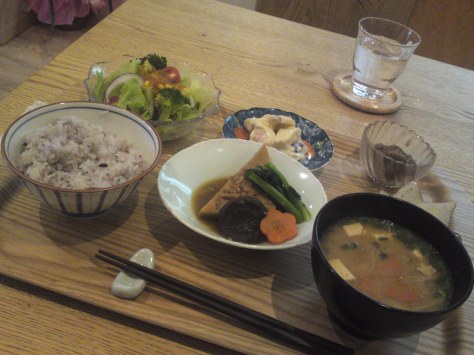 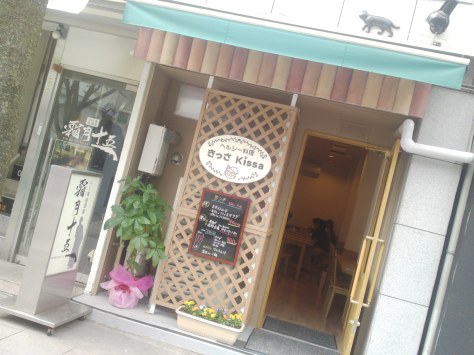 At last the second independent vegan restaurant has just opened in Shizuoka City right in the middle of the city along the Aoba Street!

The name “Kissa” means “Cafe” in Japanese and “Cat” in Finnish, the real reason for the restaurant’s name!

The menu bound to change with the seasons is clearly announced outside!

The staff are shy but very friendly and attentive! 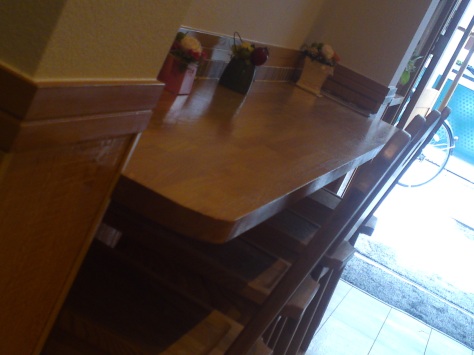 you can choose between a seat (chair or sofa) at a table or at a small counter!

And the place is so clean!
May I remind you it is totally non-smoking!

This must be the healthiest restaurant in Shizuoka City as they don’t use white sugar, wheat flour, eggs, dairy products and cook only in mineral water!

This is the lunch (Japanese-style) that I ordered!

And the tea that they serve is organic and has been matured from 3 years, making it lose most of its caffeine! 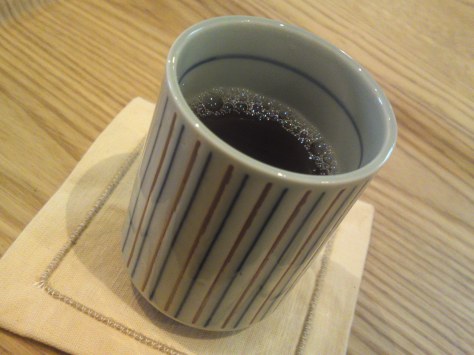 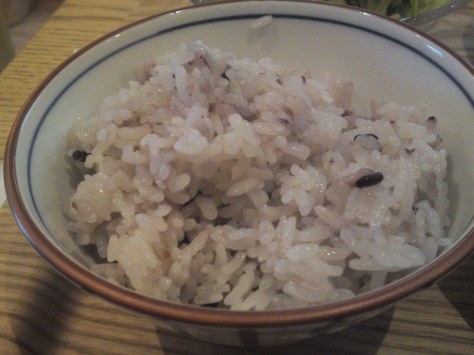 Steamed white rice mixed with black/violet rice.
Incidentally all the vegetables, including the rice are organic whenever possible! 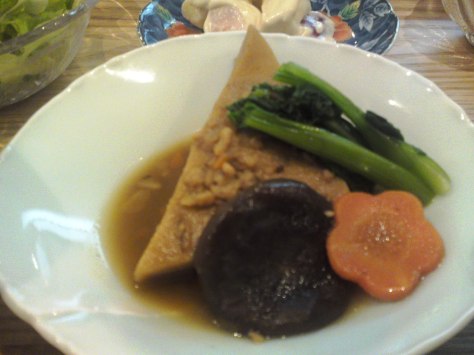 Fresh vegetables salad. The broccoli is grown by the owner in her own garden! 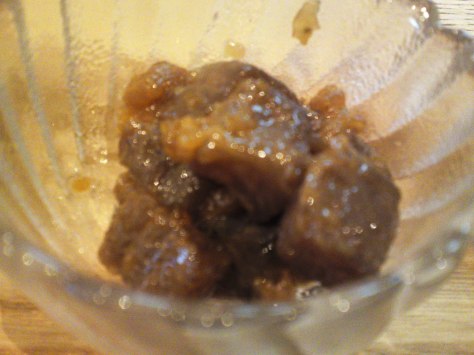 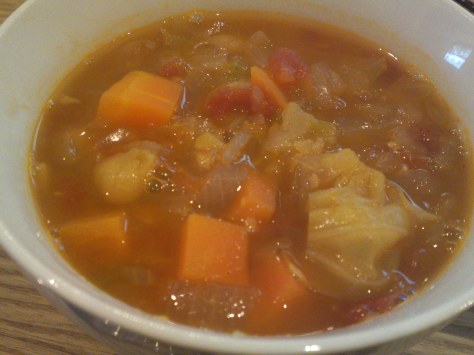 The owner, knowing I had a special interest in her cuisine because of some of my friends who are vegan (I’m not) offered me her minestrone vegetable soup (only vegetables)! Very tasty indeed! 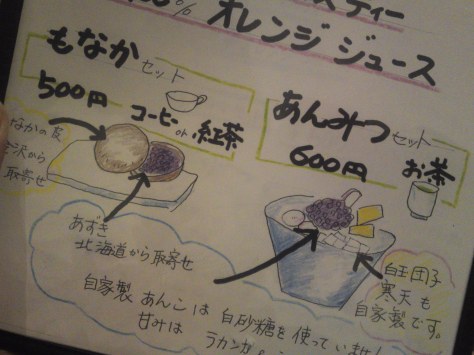 While I was at it I ordered a dessert not waiting for tea time!
Their anko/sweet meat is home-made!
They do not use sugar but “karanka/Siraitia grosvenorii” whose fruit is 300 times sweeter and is recommended to diabetics!

Beautiful and very satisfying! Incidentally the jelly is made with local agar! Did you know that Shizuoka is a major producer of natural agar in Japan?

I’ll keep you posted about the different menus!